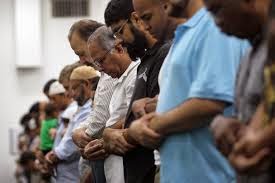 A public indictment prepared in 2010 against Tahşiyeciler (Annotators), a radical religious group supportive of al-Qaeda’s global jihadist ideology, has revealed how members of the group tried to establish branches abroad, including in Afghanistan, Azerbaijan, Germany, Iraq and Russia.

According to an indictment prepared by Public Prosecutor Kadir Altınışık and investigation case file No. 2010/439, the group, which clearly advocated violent methods and supported al-Qaeda’s extremist ideology, tried to expand its activities to Germany and Azerbaijan. The prosecutor said the investigation had identified Ali Karakale, a member of the group, and suspected that he was leading Tahşiyeciler’s branch in Germany, while Hüseyin Büyükfırat and Agil Farajov headed the organization in Azerbaijan.

In a court-authorized wiretapped conversation recorded on Dec. 6, 2009 and included in the indictment as evidence, a suspect named Süphan Akarsu talks to another suspect named Faris Mağin, saying: “The way to an open jihad is clear. Go to Chechnya and Pakistan, where a real jihad is under way. Going there is a must.” Fearing that the conversation might have been recorded, Mağin tells Akarsu not to speak up openly and then the suspects switch to Kurdish from Turkish for the rest of the conversation. The police added the translated version of the conversation to the investigation file as well. In a wiretap dated Jan. 1, 2010, Lütfü Karadağ, another suspect in the case, tells Mağin that defending democracy is tantamount to disbelief.

The prosecutor’s indictment charges Mehmet Nuri Ataç, a suspect who was involved in expanding Tahşiyeciler’s network in Bursa, with trying to organize trips for young men to go to places like Iraq and Afghanistan, which he claimed to be fertile places to wage a jihad. In a sound recording included in the indictment and numbered 750, Ataç tells a young man identified only by the initials Ç.A. to prepare himself to go to jihadist regions, a reference to Afghanistan, Chechnya, Iraq and Pakistan, saying that $1,800 would be enough to cover expenses for the trip and that a broker would make sure he reached his destination.

A sound recording numbered 778 contains two conversations between Ataç and another suspect named Orhan Özer during which the two discuss al-Qaeda’s terrorist attacks in Afghanistan and how to transfer funds raised locally in Turkey to Afghanistan. Özer told Ataç that two people named Sedat and İbrahim had already been dispatched to Afghanistan to join al-Qaeda there, adding that he may very well facilitate Ataç’s trip there, too.

Police also monitored Ataç’s emails with people identified as M.S.S, Ç.A. and Mustafa during which Ataç and others wrote about linking up with Osama bin Laden and al-Qaeda groups. Ataç noted in his emails that he desires to fight on behalf of al-Qaeda and become a suicide bomber. In a message dated Jan. 17, 2010, Ataç wrote to an unidentified person that he wanted to make a trip to Afghanistan via Iran, saying that it would take only 20 days to reach jihadist places in Afghanistan by bus or walking after Iran. He said he has the necessary funds for the trip but lamented that he does not have $1,000 to purchase a Kanas, the Turkish name for a Dragunov sniper rifle.

In the case file, the prosecutor also listed an anonymous complaint that was sent to the İstanbul Police Department in which the whistleblower alleged that Mehmet Doğan, the leader of Tahşiyeciler, had been raising funds for al-Qaeda and sent a delegation of people who he thought worthy to Osama bin Laden. The whistleblower also claimed that Büyükfırat had transferred TL 2 million (approximately $860,000) to the organization and helped translate Doğan’s book into Russian.

In a recorded conversation between Mustafa Kaplan, one of the leaders of the Tahşiyeciler group, and a suspect named Ünal Türkal on Aug. 28, 2009, Kaplan tells Türkal that the group sees all other religious groups in Turkey as “infidels” and approves terrorist activities in Iraq and Russia. In a search conducted during police raids on the premises of the suspects in 2010, police seized a 28-page booklet titled “Reddul-Evham 5,” a text that says Islam approves of suicide bombings and the killing of wives and children of non-believers. A handwritten 35-page document that was also seized from Kaplan’s home in İstanbul’s Bağcılar district said Islam sanctioned the killings of Muslims who were used as shields by non-believers.

The prosecutor also included video footage aired on the CNN Türk and Habertürk national networks on January 2010 and March 2010 in which Doğan can be heard calling his followers to armed jihad. Doğan also said in his videotaped sermons that the head of the Turkish government and the head of the Religious Affairs Directorate are foreigners and should be killed in an armed attack.

“I’m saying go build arms and kill [them],” he instructs followers in the video, continuing, “If the sword is not used, then this is not Islam.”

He can also be heard asking his followers to build bombs and mortars in their homes, claiming that Islam allows for such practices. Doğan said Egypt, India, Iran, Syria, Pakistan and Turkey are not governed by Shariah law and predicts that they will soon be wiped out.

In the video, Doğan says: “If an army [al-Qaeda] shows up in Afghanistan and that army calls on you [to join its ranks], you should join that war [jihad] even if you can only crawl.”

In the search of Doğan’s apartment in İstanbul’s Güngören district and a farm compound in Muratgören village in the southeastern province of Muş, police found a huge cache of literature and CDs that featured Osama bin Laden’s speeches, video footage showing how to design mortar shells in a makeshift setting and lay improvised explosive devices (IEDs) and a propaganda film for al-Qaeda.

According to the indictment, Doğan was described as a “radical who harbors pro al-Qaeda views,” further stating that he organized the group according to al-Qaeda’s global jihad ideology. In literature prepared by the group, Doğan told his followers: “We do not have enough power for an armed fight yet. We have to defer the obligatory jihad until we gain enough strength. But once we do attain enough power, we’ll show how jihad can be conducted.”

Tahşiyeciler thought they were preparing for the prophecy of the coming mehdi (messiah), which they expected would be fulfilled in 2012. When that day came, they planned to join the mehdi’s army, which they believed was being led by Osama bin Laden, who fought against the US, thereby preparing the ground for his coming. They also believed that an army would come out of Afghanistan carrying a black flag — a symbol nowadays often used by extremist organizations such as al-Qaeda, al-Shabaab and the Islamic State in Iraq and the Levant (ISIL).

Among the evidence collected by police and included in the prosecutor’s indictment are documents about an al-Qaeda leader, video footage regarding the 9/11 attacks and religious literature justifying the attacks on the World Trade Center in New York.

In the wiretaps, Doğan was recorded warning militants in the group about surveillance, saying that they should watch what they say over the phone because the National Intelligence Organization (MİT) was monitoring their phone calls. Doğan’s suspicions were accurate as the daily Millet revealed last week that Turkey’s intelligence agency told the police about Tahşiyeciler’s activities in 2008.

According to the article, MİT issued a circular to police departments in 12 provinces that detailed the dangerous activities of Tahşiyeciler. The letter, marked as confidential and including the still-pending case file against Tahşiyeciler, was dated Dec. 3, 2008. The circular described the group as having some 5,000 members and identified Doğan, also known as Molla Muhammed, as the group leader who was exploiting religion.

MİT sent further intelligence about the group on Feb. 17 and March 30, 2009 to the police. The Counterterrorism Unit of the İstanbul Police Department forwarded the case file, with all the collected information about the group, to the prosecutor’s office. The prosecutor then ordered a judicial investigation into Tahşiyeciler that led to raids on safe houses used by the group on Jan. 22, 2010.

Three hand grenades were found in safe houses used by Tahşiyeciler in İstanbul’s Bahçelievler district that could be traced back to manufacturing plants in Turkey, Germany and Russia. During forensic examination, the serial numbers were found to be intact but the batch number of the shipment was filed off, making it difficult to determine the shipment’s destination. Electronic parts, cables and switches were also found, along with 673 rifle bullets and 28 handgun bullets during raids. In the houses used by the suspects in Niğde province, police discovered unlicensed handguns and rifles, in addition to ammunition.