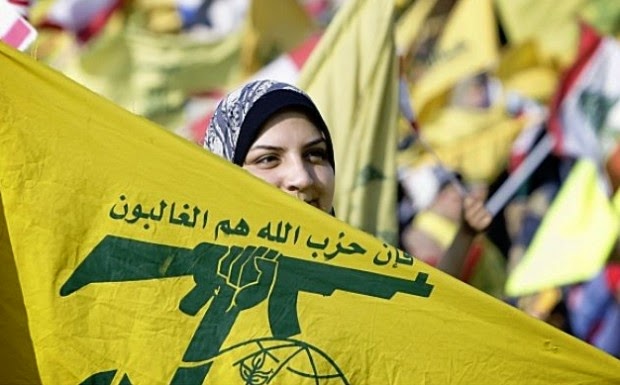 The longstanding issues between Egypt and Hezbollah are shrinking with each passing day. The icy relationship reached its peak on Jan. 28, 2011, with the escape of Sami Chehab from Egyptian prison. All following events have helped break the ice in a situation that today has somewhat thawed to a point that the relationship has been described by the parties involved as solid and fixed.
Now that ties between Hezbollah and Egypt have been developed, it is possible to count five Egyptian priorities constituting common denominators with Hezbollah:

Although the consolidation of the Egyptian relationship with Hezbollah cannot be separated from the improvement of Egyptian-Iranian relations, which reached their worst level when Tehran described the June 30 revolution as a coup. Yet Hezbollah was able to draw the lines of a stable relationship with the Egyptian side, which ultimately falls within the best interest of Egyptian-Iranian ties. This is despite Egypt’s inability to free itself from Saudi Arabia’s considerations in the foreseeable future, notably the economic aid needed to guarantee [survival of] the Egyptian economy.

When the Muslim Brotherhood ascended to power in Egypt, Iranians cheered it on, based on its initial support for political Islam. However, it soon became apparent that passion prevailed over this support. Just like the Iranians, Hezbollah also welcomed the advent of the Brotherhood but remained more cautious. It appears that Hezbollah was not wrong [to wait].

President Mohammed Morsi went to Iran to attend the summit of the Non-Aligned Movement, [exercising] an approach that did not observe the minimum decency between the states. The division expanded when then-President Mahmoud Ahmadinejad visited Egypt and the Egyptian welcoming reception was [less than fitting] for a president. Issues that further drove the two countries apart accumulated, to the point that Cairo Stadium hosted the National Conference for the Support of the Syrian Revolution. Hezbollah saw this as the straw that broke the camel’s back.

Later, Hezbollah preferred not to be dragged along with Iran’s reaction to Egypt’s June 30 revolution. It contented itself with monitoring, and followed up on the new regime’s crackdown on the Muslim Brotherhood locally and abroad. [Egyptian leader] Abdel Fattah al-Sisi’s diplomatic transfers of a number of ambassadors specifically affected Egyptian Ambassador to Lebanon Ashraf Hamdi, who was replaced by Ambassador Mohammad Badr al-Din Zayed. In this respect, many reports reached the Egyptian presidency accusing Hamdi of transforming the embassy into the headquarters of the Muslim Brotherhood.

After the revolution, Egypt’s first option was to open up to all Lebanese political forces while these relationships used to be limited to the March 14 coalition under the rule of President Hosni Mubarak. At that time, Egypt’s breakup with Hezbollah fell under three major headings: the war of July 2006, where Egypt accused Hezbollah of launching an unjustified war without taking the consequences into consideration; the Israeli aggression on Gaza in 2008, where Hezbollah Secretary-General Sayyed Hassan Nasrallah called on Egypt to intervene militarily in favor of the Strip, which was considered by Cairo a blatant interference in its internal affairs; and the arrest of a Hezbollah-affiliated cell in Egypt in 2010 accused of spying and planning to carry out terrorist attacks and smuggling weapons to the Hamas movement across the Egyptian border.

While these issues were historical, the dispute has not completely subsided. The escape of Chehab remains the most provocative issue for Egyptians, despite Hezbollah’s assurances that it was not responsible for his fleeing. The two parties decided to leave this matter to the judiciary. The Egyptian judiciary is still examining the case, known as the Great Escape, which also implicates Morsi.

Contentious issues and mutual observations are not simple, but the mutual interest of both parties today require them to be set aside. Egyptian-Saudi relations are a sensitive matter for Iran and Hezbollah. Although the latter understands the Egyptian financial crisis and the fact that Saudi Arabia was one of the first countries to recognize the new Egyptian regime, which witnessed international isolation at [its beginning], Hezbollah advises the relevant Egyptian parties it meets to reduce this close relationship, seen in some circles as a relation of subordination to Saudi Arabia.

For Egyptians, this relationship is a mere relationship of gratitude to Saudi Arabia for its positions supporting Egypt. In Cairo, there are always some parties who recall that the Egyptian strategic view of the Syrian war does not match the Saudi position. These recall the Arab League summit in September 2013, where a number of countries exerted pressure to support [military] strikes against Syria for having used chemical weapons. Back then, Egypt’s Foreign Minister Nabil Fahmy categorically rejected any strike against any Arab country, which practically led the Arab League to content itself with stressing the need to keep all actions within the framework of international legitimacy and thus link the Arab League position to a UN Security Council resolution.