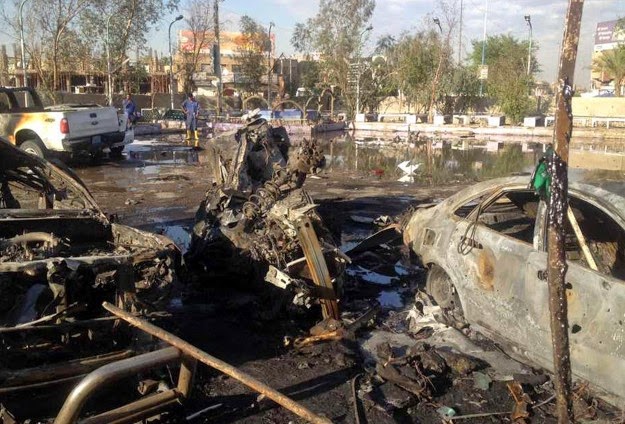 At least 45 people were killed and 64 others wounded in two separate explosions on Wednesday, in the Iraqi capital Baghdad, according to a police source.

“Forty-three have been killed and 61 others wounded -mostly from security forces – in a suicide bomber attack. The attack targeted pro-government Al-Sahwa forces in the Al-Mada’in district in southeastern Baghdad,” a police source who preferred not to divulge his name, told The Anadolu Agency.

In addition, two people were killed and three others were wounded in another explosion in the Al-Za’franiya neighborhood, in southern Baghdad, according to the same source.

The attacks have yet to be claimed.

Iraq has been gripped by a security vacuum since June, when the Islamic State of Iraq and the Levant group took control of large areas in Iraq and Syria.