You are here: Home / West Asia / 69 militants killed in Afghanistan in 24 hours 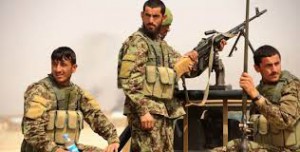 Some 69 militants have been killed in military operations in different Afghan provinces within the last 24 hours, the country’s Defense Ministry spokesman said on Sunday.

“Over the past 24 hours, 69 terrorists had been killed, 91 wounded and 10 others arrested during Afghan army operations,” spokesman General Zahir Azizmi said on his twitter account.

He confirmed that eight army personnel had also been killed in the operations, which also resulted in seizure of weapons and ammunition.

As the Taliban-led violence continues, the country’s security forces have pressed on clearing the militants in restive provinces, assuming the full security charges from the NATO-led troops since Jan. 1.