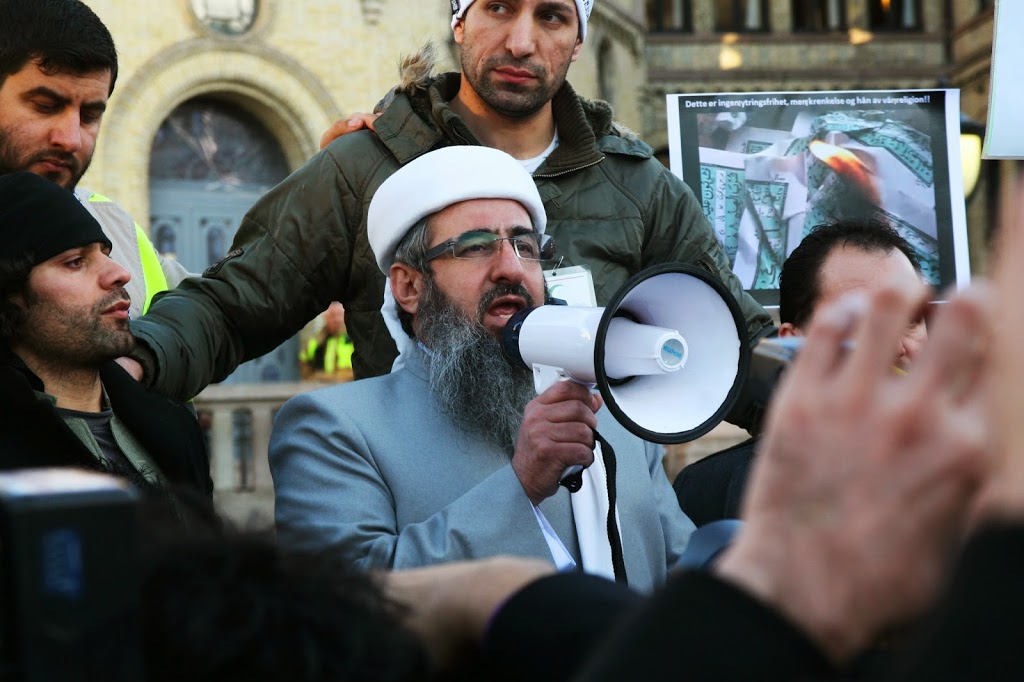 Kurdish Norwegian-based Mullah Krekar was arrested at his home in Oslo after telling Norway’s TV Channel (NRK) that the Charlie Hebdo terror attacks in Paris made him “happy” and that anyone who made cartoons of the Prophet of Islam deserved to die.
Krekar, an Iraqi Kurd whose real name is Najmuddin Faraj Ahmad, was charged for “inciting criminal offences” for the extreme statements, which caused uproar in Norway when the interview was aired on Wednesday.
“The cartoonist has become an infidel at war, and therefore it is permissible to kill him,” Krekar told the interviewer, arguing the attacks were justified under Islamic law.
“As he has trampled on our dignity, our principles and beliefs, so he must die. Anyone who does not respect 30 percent of the world’s population has no right to live.”
As a result he said, he saw the in January attack on the French satirical magazine Charlie Hebdo, which left eleven people dead, as something to be celebrated.
“When it comes to what happened in France, naturally I am happy that it happened,” he said.
Vegard Rødås, an inspector with the Oslo police, said that Krekar had in no way resisted arrest.
“Krekar was arrested outside his apartment without any drama,” he told NRK.
Krekar’s lawyer Brynjar Meling said that his client had been well aware that he risked arrest for his provocative statements.
“Krekar is familiar with the consequences of expressing himself as he has done,” Meling told NRK. “He has chosen to say what he said.”
Norway’s Prime Minister Erna Solberg weighed in after the controversial interview was aired to remind Norwegians that Krekar’s beliefs were not shared by mainstream Muslims.
“I know that these statements are not representative of most Muslims in Norway,” she said. “We have all witnessed major commitment for community and unity – and the distance from extreme attitudes, most recently with the ring of young Muslims around the synagogue in Oslo.”
Norway’s authorities ruled that Krekar should be expelled from he country on national security grounds as long ago as 2003, but because he faces the death penalty if he is returned to Kurdistan Region, they are prevented from doing so.
Krekar was released from prison in February, after which police planned to put him in an internal exile, sending him to the small town in northern Norway.