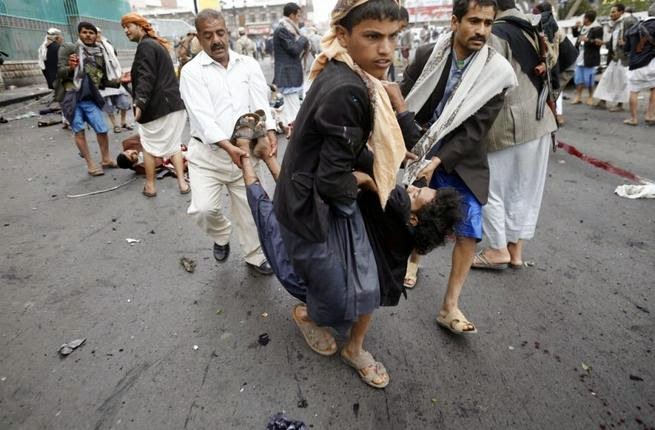 Over 30 people have been killed and dozens of others wounded in an explosion targeting the Shias in central Yemen.

The attack took place on Wednesday in the city of Ibb when an assailant blew his explosives in a cultural center, where a group of Shia Houthi militants were preparing to celebrate the birth anniversary of Islam’s Prophet Mohammad.

According to medical sources, the death toll, currently at 33, is likely to rise.

“The torn body parts are everywhere. Pools of blood mixed with water. The scene is horrifying,” said Mohammed Abdel-Baki, the local spokesman for the Ansarullah fighters.

No group has claimed responsibility for the deadly attack, but the Al Qaeda group in Yemen has targeted Houthis in the past.

Over the past months, Al Qaeda militants have frequently carried out attacks on Yemen’s security forces. The militants have also been engaged in battle with the Shia Ansarullah fighters.

Yemen’s central government has so far failed to confront the terrorist threat.