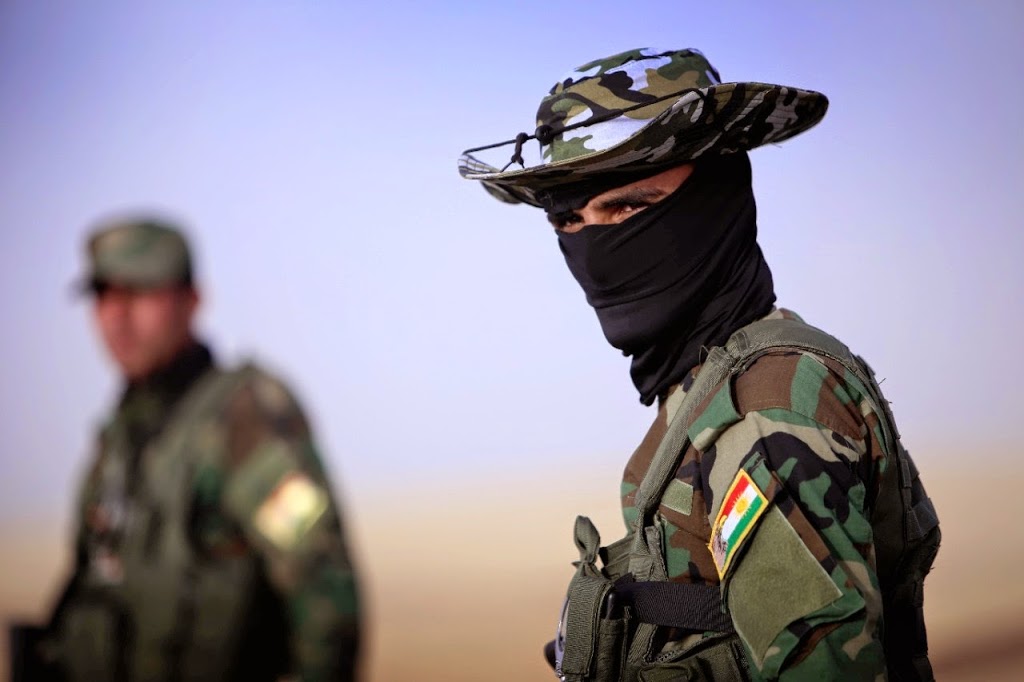 Kurdish forces have regained control of around 70 percent of the Syrian town of Kobani near the Turkish border after pushing back Islamic State fighters that have spent months besieging it, a group monitoring the war said on Wednesday. Backed by US-led air strikes, Kurdish forces made significant advances overnight on Tuesday after violent clashes with Islamic State in the south of the town, the Britishbased Syrian Observatory for Human Rights said.
Known as Ayn al-Arab in Arabic, the town has became a symbol in the fight between the ultra hardline Islamic State group and its enemies in Iraq and Syria. Hundreds of Islamic State fighters launched a sustained attack on the town more than three months ago. US-led forces have bombed Islamic State positions around the predominantly Kurdish town almost every day this month.
The Observatory, which gathers its information from sources in Syria, said Kurdish fighters now control southern and central parts of the town as well as most of the west in an area stretching up to the border. Rami Abdulrahman, who runs the Observatory, said Kobani was the only clear example of US-led forces cooperating with fighters on the ground in Syria to push back Islamic State. In another development, Iran is to help Iraq rebuild its army under an agreement that could formalise Tehran’s military support for its neighbour, which remains under assault by the Islamic State (IS) group.
No details of the pact were released but state television said the two sides had “agreed to continue cooperation in the defence arena with the creation of a national army to protect the territorial integrity and security of Iraq.” The memorandum of understanding was signed late Tuesday in Tehran where Iraqi Defence Minister Khaled al-Obaidi is holding talks with his Iranian counterpart Hossein Dahqan. “The two sides stressed the need for consultations to ensure security, because terrorism affects not only security in Iraq but security throughout the region,” the statement added.
The Iraqi military melted in the face of the jihadist surge in June, with many soldiers simply abandoning their weapons and uniforms, allowing IS to seize large areas of the country. Within days, Shiite Iran sent military advisers to Iraq, which is also predominantly Shiite, to help train and equip troops and allied militias for a counteroffensive against IS.
Iran has also armed Kurdish forces in northern Iraq and several Iranian military personnel have been killed in Iraq and Syria, whose government Tehran also supports. However, IS remains in control of Mosul, Iraq’s second largest city, and much of the Sunni Arab heartland north and west of Baghdad. Iran has consistently denied having combat troops on the ground in Iraq and was never invited to join the US-led military coalition assembled against IS, dismissing allied air strikes in Iraq and Syria as ineffective.
Meanwhile, Syria will award 50 percent of vacant government posts to relatives of soldiers and government employees killed or paralysed in the country’s conflict, according to a law issued on Wednesday. The law, decreed by President Bashar al-Assad after passing parliament earlier in the week, comes as the death toll among Syrian government troops grows. More than 44,200 Syrian soldiers have been killed since the conflict began in March 2011, according to the Britainbased Syrian Observatory for Human Rights, a monitoring group. “With this law, 50 percent of the posts in the public administration will be reserved for the relatives of martyrs,” state news agency SANA said.
It added that those eligible would have to pass exams, where necessary. The law defines as “martyrs” any soldier, policeman, pro-regime militiaman or public servant “if they died during the war, military operations or because of terrorist gangs.” The law will also cover people in those categories who have been paralysed or blinded in the conflict. Relatives eligible for the government posts include the parents, spouses and children of those killed or wounded. A total of more than 200,000 people have been killed since Syria’s war broke out, including 28,000 members of the National Defence Forces, a pro-regime militia.
The regime’s losses have caused growing resentment among government supporters, including in the Alawite community to which Assad belongs. Majority-Alawite Tartus on the Mediterranean coast has suffered the highest proportional loss of soldiers of any province in Syria. It has come to be known as “the capital of martyrs” by government supporters. Jihadists in Syria have threatened to execute Lebanese servicemen they hold captive unless Lebanon releases the exwife of the Islamic State group’s leader and another militant-linked woman, a negotiator said Tuesday. Salafist Sheikh Wissam al-Masri is mediating the release of 25 police and soldiers held by IS and the Syrian branch of al-Qaeda, the Al-Nusra Front.
Source:  arabtimesonline