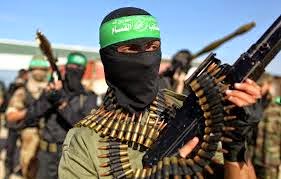 An Egyptian court declared Hamas a “terrorist organization” on Saturday, further isolating the blockaded rulers of the Gaza Strip once openly welcomed by the country’s toppled Islamist-dominated government.

The ruling is unlikely to have any immediate effect on Hamas, still reeling from last summer’s war with Israel and choked by an Israeli-Egyptian blockade set up in 2007. Moussa Abu Marzouk, Hamas’ No. 2 leader, is based in Cairo and is receiving medical treatment there, members of the group say.

The move underlines Egypt’s increasing hostility to Hamas, which the court blamed for violence in the country’s restive Sinai Peninsula. The secretive movement, founded in Gaza in 1987 as an offshoot of the region’s Egyptian-originated Muslim Brotherhood, faces a growing cash crunch and has yet to lay out a strategy to extract Gaza from its increasingly dire situation.

“There is no doubt that Hamas is being pushed into the corner further and further,” said Mkhaimar Abu Sada, a political science professor at Gaza’s Al Azhar University. Hamas’ relationship with Cairo has “reached a point of no return” and is unlikely to be salvaged, he said.

The ruling Saturday by Judge Mohamed el-Sayed of the Court For Urgent Matters said Hamas had targeted both civilians and security forces inside the Sinai Peninsula, and that the group aimed to harm the country. Sinai has been under increasing attack by extremists since the Egyptian military ousted Islamist President Muhammad Mursi in 2013.

“It has been proven without any doubt that the movement has committed acts of sabotage, assassinations and the killing of innocent civilians and members of the armed forces and police in Egypt,” the court wrote, according to state news agency MENA.

The ruling said that Hamas’ fighters had used heavy weapons against the army, and that the group was colluding with the Muslim Brotherhood, which Egyptian President Abdel-Fattah el-Sissi has described as the root of extremism. Mursi belonged to the Brotherhood.

“It has been also ascertained with documents that (Hamas) has carried out bombings that have taken lives and destroyed institutions and targeted civilians and the armed forces personnel,” the ruling said. “This movement works for the interests of the terrorist Brotherhood organization.”

On its official website, Hamas called the decision a “shocking and dangerous” one that targeted the Palestinian people.

“This decision is a great shame and sullies the reputation of Egypt. It is a desperate attempt to export the internal Egyptian crisis and will have no effect on the position of Hamas which enjoys the respect of all the people and leaders of the nation,” the statement read.

In Gaza, Hamas official Mushir Al-Masri condemned the decision and urged Egypt to reverse course.
“This ruling serves the Israeli occupation. It’s a politicized decision that constitutes the beginning of Egypt evading its role toward the Palestinian cause,” he said. “This is a coup against history and an Egyptian abuse of the Palestinian cause and resistance, which fights on behalf of the Arab nation. We call on Egypt to reconsider this dangerous decision.”

An Egyptian court banned Hamas’ military wing, the Izzedine Al-Qassam Brigades, and designated it a terrorist organization just last month. In 2014, a similar ruling in the same court banned all Hamas activities in Egypt and ordered the closure of any Hamas offices, though the order apparently was never carried out. Government officials in Egypt did not respond to requests for comment on Saturday’s ruling.

Hamas seized the Gaza Strip by force in 2007. Since then, it has fought three wars with Israel, the latest last summer killing some 2,200 Palestinians and 72 on the Israeli side, according to the United Nations.
Since a major attack on security forces last October, the Egyptian army has been clearing a buffer zone on the frontier with Gaza in an attempt to destroy a cross-border network of tunnels.

That dried up after Mursi’s 2013 ouster. Egypt’s new government now sees the tunnels as a two-way smuggling route for guns and fighters.

Earlier this month, Egyptian security officials said they had found and shut down the largest-ever tunnel leading into Gaza, a 2.5-kilometer (1.5-mile) passageway they said was used to smuggle weapons used in attacks on security forces.

The crackdown has been accompanied by Egypt’s closure of the Rafah border crossing — the main gateway for Gazans to the outside world. That’s left Gaza’s population of 1.8 million people largely unable to travel abroad.

Hamas officials have said they believe Egypt is trying to crush their organization, but have refused to be quoted by name for fear that criticism of the el-Sissi government would invite further sanctions.
Mohammed Hijazi, a Gaza-based analyst, said the court ruling can be appealed. However, he cautioned that both sides needed each other.

“At the end of the day, Egypt needs to deal with Hamas because Hamas is a main player in the Palestinian arena and one day Egypt will find itself in a position to talk to Hamas if it wants to play a role in the Palestinian issue,” he said.