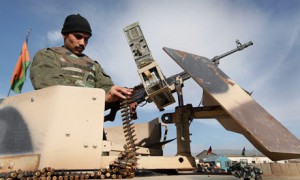 About 67 militants have been killed amid operations conducted by Afghan security forces since Friday morning, said the country’s Interior Ministry on Saturday.

“Afghan National Security Forces (ANSF) waged clearance operations in Kunduz, Badakhshan, Balkh, Uruzgan, Logar, Ghazni, Paktika and Paktia provinces. As a result, 67 armed insurgents were killed, 135 wounded and 14 suspects were detained over the past 24 hours,” the ministry said in a statement.

The ANSF also found and seized weapons in addition to destroying several insurgents’ strongholds, the statement said, without saying if there were any casualties on the side of security forces.

Several military operations have been continuing in parts of the country to eliminate the enemies of people of Afghanistan, the statement added.