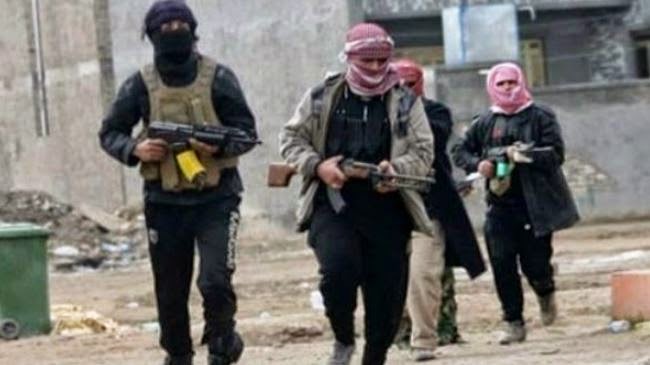 A senior Saudi leader of the ISIL Takfiri terrorist group has reportedly been killed in the Syrian town of Kobani, Press TV reported

According to reports, Othman Al Nazih was killed in an airstrike in the strategic city on Thursday.
Social media pages belonging to the Takfiri group also verified the death of the Takfiri militant in the Syrian border city.

Al Nazih had reportedly been a professor at King Khalid University in Saudi Arabia before joining the ISIL at the outset of the crisis in Syria in 2011.

Kurdish fighters are reportedly in control of more than 70 percent of the Syrian border town of Kobani as the ISIL terror group has lost ground in the strategic territory.

Kobani and its surroundings have been under attack since mid-September, with the ISIL militants capturing dozens of nearby Kurdish villages and killing hundreds of people. More than 200,000 people have reportedly fled across the border into Turkey.

Reports also said over 1,000 people have been killed in the battle for the town, most of them terrorists.
The ISIL terrorists control some parts of Iraq and Syria. They are engaged in crimes against humanity in the areas under their control. They have terrorized and killed people of all communities, including Shias, Sunnis, Kurds, and Christians.