You are here: Home / Senza categoria / Around 28 ISIL members killed in Al-Reqqa area 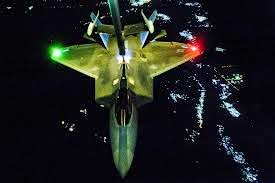 Twenty eight ISIL members were eliminated on Friday in an air raid by the international coalition in Al-Reqqa northeast of Syria.

The news agency noted that ISIL set up fences surrounding Al-Reqqa after the air raids, stressing that the move was made after anticipation of air drop operation to secure the release of the Jordanian pilot who was captured by ISIL.

Meanwhile, the Syrian Observatory for Human Rights (SOHR) and Syria Mubasher Agency said both that three main opposition factions in southern province of Deraa announced their unification under one military command.

The Al-Hamza Group, Jabhat Al-Thuwwar, and Al-Fawj Al-Awal, which all include around 10,000 fighters are now under one military command called Al-Jaish Al-Awal, the move is continue their fight and impose control over Howran and Al-Qunaiterah areas.

Other groups and factions in Al-Damshqia Jobar area announced similar move, and are now under one military command called Jond Al-Aasma.