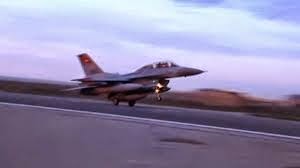 Egyptian Defense Minister Col. Gen. Sedki Sobhi met with his Libyan counterpart Masoud Rahoma in Cairo for talks on bilateral cooperation to fight militants of the Islamic State (IS) group in Libya, military spokesperson Mohamed Samir said in a statement.

The meeting also tackled ways to enhance bilateral military cooperation through developing a strategy based on the exchange of security and military experiences between the two countries, according to the statement.

On Feb. 15, Egyptian armed forces, in coordination with the Tobruk-based Libyan government carried out an airstrike on alleged Islamic State group bases in Libya in response to the mass beheading of 20 Egyptian Coptic Christians by IS.

The attacks targeted camps, training facilities and weapons depots in the cities of Derna and Sirte.

The arms embargo was imposed in 2011 in the midst of a civil war between various opposition groups and forces loyal to late president Muammar Ghadafi.

Libya has slid into a security vacuum since then, with various militias controlling most of Libya, and an internationally recognized government based in the eastern city of Tobruk.