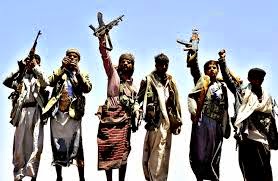 The leader of Yemen’s Shiite rebel Houthi movement on Saturday rejected an agreement reached last year to divide the country into six federally organized regions, a major blow to efforts to unite the divided country.

In a message broadcast to thousands of supporters on public screens across the country, Abdul Malik al-Houthi said the rebels, who have taken over a string of Yemeni cities including Sanaa, the capital, reject the plan “categorically.”

The Houthis, backed by ousted president Ali Abdullah Saleh, are one of the strongest Yemeni factions locked in a power struggle with President Abed Rabbo Mansour Hadi. Their critics view them as a proxy for Shiite Iran, an assertion the rebels deny.

Yemen also faces a southern secessionist movement and radical groups such as al-Qaeda in the Arabian Peninsula, which Washington considers the most dangerous offshoot of the terrorist network.

A panel of delegates from across the country agreed in February to restructure Yemen’s regions, aiming to address grievances that had fed instability in the impoverished nation.

Some southerners, who feel dominated by the more populous north, oppose the plan, which was supposed to figure in Yemen’s new constitution.

Houthis continue to push to expand their territorial gains and have been moving toward the south-central city of Taiz, where on Saturday thousands demonstrated against them.

Earlier, authorities in Sanaa arrested a Belgian, a Bulgarian and a Somali suspected of having links to al-Qaeda. A search of their car at a checkpoint found one of them carrying documents and materials bearing the group’s logos, said security officials, who spoke on the condition of anonymity because they weren’t authorized to release the information.

Separately, unknown gunmen killed two Houthi fighters in Ibb province, south of Sanaa, the officials said. They added that the Houthis had blocked roads and deployed hundreds of gunmen in the streets of the capital Friday and Saturday to guard against possible suicide attacks by al-Qaeda during celebrations of the prophet Muhammad’s birthday.