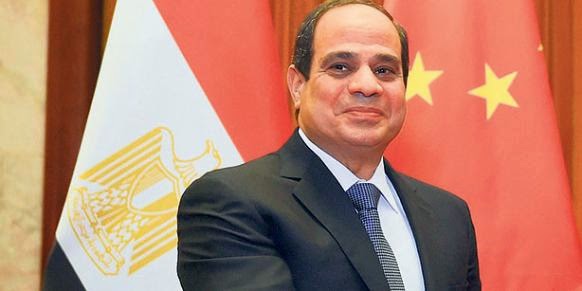 Qatar’s recent move toward reconciliation with Egypt has left Turkey as the only country in the region taking a position against the legitimacy of the regime of Egyptian President Abdel Fattah el-Sisi, but there are also dissenting voices inside Turkey pushing for a normalization of relations with this key Arab country.

In a surprise move, Qatari Emir Sheikh Tamim bin Hamad bin Khalifa Al Thani made a statement on Dec. 21 announcing Qatar’s intention to normalize ties with Sisi, adding that Egypt’s security is important for the security of Qatar and that the two countries are linked by deep fraternal ties.

Turkey and Qatar had joined forces to protest Sisi, Egypt’s former military head, and questioned his legitimacy since he came to power in 2013.

But Qatar’s recent move to reconcile with Egypt is a sign that under pressure from heavyweights Saudi Arabia and the United Arab Emirates, the tiny country is distancing itself from Islamist movements in the region, particularly the Muslim Brotherhood (MB).

Just like Turkey, Qatar has been trying to get involved in almost every problematic issue in the region, including those in Lebanon, Sudan, Libya, Syria and the Israeli-Palestinian conflict.

Since the removal of Egypt’s first elected leader — former President Mohammed Morsi — from power in June 2013 by Sisi, President Recep Tayyip Erdoğan has been one of the strongest critics of the new regime, saying that it has no legitimacy. Erdoğan’s decision to take sides with Morsi, a member of the MB — which is considered a terrorist organization by Egypt and Saudi Arabia — has damaged Turkey’s relationships with the Gulf States as well.

Under pressure from Saudi Arabia and the UAE, over the summer Qatar told MB members to leave the country.

Qatar had been hosting some MB members who had fled from Egypt after Sisi came to power. When Qatar told the MB members to leave, President Erdoğan announced that Turkey would be happy to host them after evaluating each individual on a case-by-case basis. Qatar seems to be focusing on domestic issues as a priority, rather than on becoming a mediator and a regional power by supporting political Islam in the region.

With the start of the Arab Spring in 2011, countries like Qatar and Turkey emerged as supporters of movements such as the MB, which is considered a threat by other Gulf States.

According to diplomatic sources who spoke with Sunday’s Zaman on the condition of anonymity, Egypt is ready to reconcile with Turkey and Sisi will open the door to improved ties if the heavy criticism by Erdoğan and other Turkish officials stops.

Deputy Prime Minister Bülent Arınç recently said during an interview with TV channel Al Jazeera Türk that Turkey needs to mend its ties with Egypt but that Egypt should first break the deadlock.