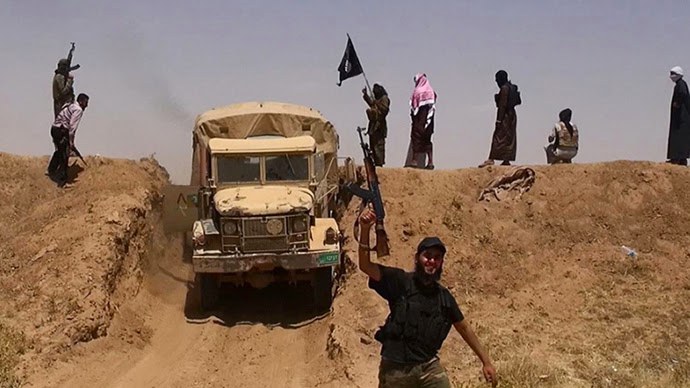 Islamic State militants are attempting to infiltrate Lebanon from Syria, Beirut’s security chief has warned. Forces have been put on high alert to prevent the civil war in Syria spilling across the border.

“Islamic State does not want to dominate Qalamoun… but they want to use it to secure their backs in the region through controlling [Lebanese] villages in contact with the Qalamoun area,” Ibrahim said, adding that the number of militants in the Qalamoun region is increasing.

“In the recent period about 700 new fighters pledged allegiance, and so they are now more than 1,000 fighters,” the general said.

“The [Lebanese] military and security forces are on full alert,” Ibrahim told Reuters. In June 2014, an assassination attempt was made on Ibrahim using a suicide bomber.

Since February 2011, when the fighting in Syria began, incidents on the Lebanon-Syria border have increased. In 2014 militants organized several high-scale attacks on Lebanese territory, such as the assault on the border city of Arsal, when Lebanese soldiers were held captive, and clashes of IS-associated militants with Lebanese law enforcement agencies in Tripoli, the country’s second-largest city, located 30 kilometers south of the Syrian border.

Ibrahim said that Lebanese security agencies have carried out a number of successful, previously unreported, operations against Islamist networks in the country.

Some Lebanese citizens living close to the Syrian border have expressed a willingness to fight against ISIS.
In October, RT reported that Lebanese Christians were arming themselves to defend their land and families from the extremists.

ISIS has carried out some of the worst atrocities of the 21st century, yet relatively little is known about the bloodthirsty militant group, who conquered large parts of Syria and Iraq in the space of just six months. RT traveled to one of ISIS’s key holdouts in Lebanon to find out the group’s goals and why the militant organization has become such a magnet for Sunni radicals both in the Middle East and from around the globe.