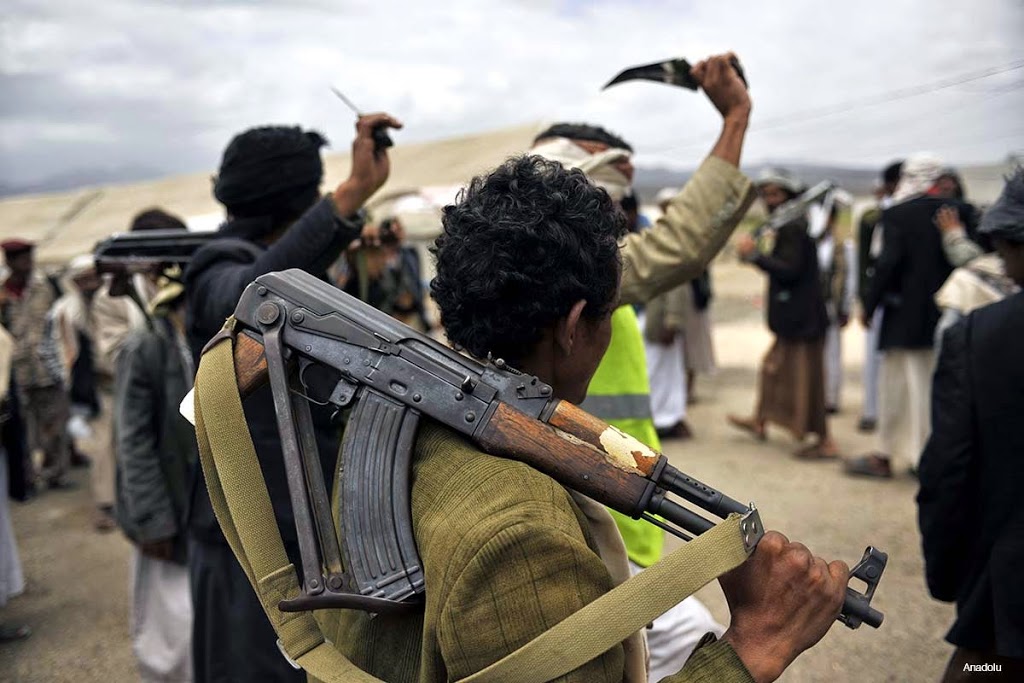 Al Qaeda’s branch in Yemen is surging in strength, finding new support and recruits among the country’s Sunni tribesmen, in a backlash to drone strikes and the rise to power of Shiite rebels who have taken over the capital and other parts of the country, tribal leaders and Yemeni officials warn.

The militants’ rise comes after months of being squeezed by multiple challenges. Early last year, US drone strikes followed by Yemeni ground troops helped Yemen destroy a key Al Qaeda base in the remote mountains of the impoverished, unstable nation. The past year, Al Qaeda has also faced fierce competition from the Middle East’s new militant powerhouse, ISIL, which has sought to make inroads into Yemen.

But the expansion of the Shiite rebels known as Houthis has been a godsend for Al Qaeda in the Arabian Peninsula, as the branch of the terror network in Yemen is called. The turmoil in Yemen has taken on a sharply sectarian tone, pitting Sunnis against Shiites, to the benefit of Sunni Al Qaeda. And while the group has lost some prominent figures in drone strikes over past years, deaths of members of prominent tribes in the strikes have pushed tribesmen toward the militants.

Over the long term, the United States’ years-long campaign to put down the Al Qaeda branch is likely to suffer, warns Bill Roggio from Long War Journal, which chronicles militant activities.

As Al Qaeda gains ground locally in Yemen, that strengthens its ability to carry out attacks abroad against the US, its main priority.

“The local fuels the external. They will become more dangerous the more they draw local support,” Mr Roggio said. As Washington’s ally in Yemen, president Abed Rabbo Hadi Mansour, gets weaker, US ability to strike Al Qaeda “will diminish over time after losing its partner,” he said.

Backed by deposed president Ali Abdullah Saleh, Houthis pushed out of their enclaves in northern Yemen and took over the capital Sanaa in September. Mr Hadi’s government has been virtually under its thumb since. Houthi forces have since spread over eight of Yemen’s 21 provinces, taking over security powers in many cities and towns, with government officials and forces split in loyalties, either stepping aside or grudgingly co-operating with them.

At first the fight between Houthis and their opponents was largely a split along political and tribal lines. But now as the Shiite rebels push into largely Sunni regions of central Yemen on a declared campaign to fight Al Qaeda, the conflict has taken on a sharply sectarian nature of Sunni vs Shiite, to the benefit of Sunni Al Qaeda. The militants and their allies have responded with a guerrilla campaign of suicide bombings and other attacks against the Houthis.

Houthi power “is only increasing Al Qaeda membership,” an Al Qaeda member in Yemen said. He said the group’s strategy is to exploit the Houthis’ overextension from their base in the north, “drag them into a long war, and force them to retreat.”

The city of Radaa in the centre of the country, one of the heaviest battlegrounds, showcases how Al Qaeda is capitalising on the fallout.

Bombings hit Houthi positions in Radaa nearly every night, killing dozens in past weeks. Local tribes give Al Qaeda militants safe passage through their areas to strike the Shiites, said Ali Abu Sarima, a local tribal leader who opposes both the Houthis and Al Qaeda.

The city is a longtime stronghold for Al Qaeda. Its militants briefly took it over in 2012 but were driven out by Yemeni troops backed by local tribesmen. Now, because of resentment of the Houthis, some tribesmen are turning to back Al Qaeda, local tribal figures say.

“It’s a matter of vendetta against Houthis. Tribes can even ally with the devil,” Sheikh Ahmed Al Jabri, a tribal leader in Radaa, said.