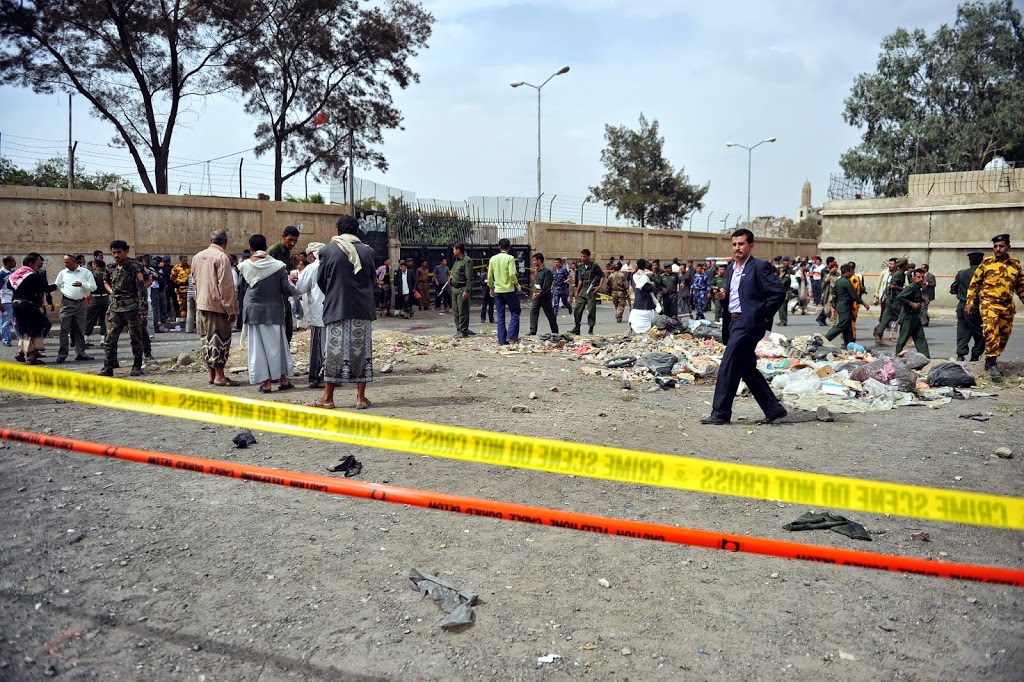 At least 50 people were killed and 20 others wounded early Wednesday when a car bomb went off outside the police academy in the Yemeni capital of Sanaa, security officials and medics said.

Hundreds of high school graduates and cadets were lining up in a long queue, waiting to be enlisted in the academy, at about 7:00 am (0400 GMT) when the car bomb exploded, security officials said.

Witnesses told Xinhua that a mini bus were driving very fast on the street alongside the wall of the police academy in central Sanaa before it exploded at the academy’s main gate. The explosion could be heard across the city. Gunshots were also heard in the area after the explosion.

Ambulances were crowded and police forces cordoned off the whole area where dozens of bodies were scattered.

This is the most deadly attack in Sanaa since October 9, 2014, when an al-Qaida suicide bomber blew himself up at a gathering of the Shiite Houthi group, killing at least 47 people.