You are here: Home / Senza categoria / 160 syrian children killed in attacks on schools 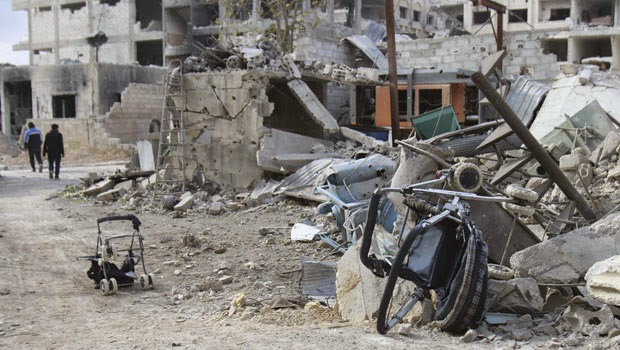 At least 160 children died in attacks on schools in war-ravaged Syria last year and the education of 1.6 million has been cut short by the fighting, the UN said on Tuesday.

Schools should be “zones of peace”, the UN children’s agency said, adding that pupils should be allowed to study without risking death or injury.

“There were at least 68 attacks on schools in Syria (in 2014), which killed at least 160 children and injured 343,” Christophe Boulierac, spokesman for UNICEF told reporters in Geneva.

“It is very probable that this is an underestimate,” he added.

While many schools were caught in the crossfire of fighting that has been raging since March 2011, Boulierac said there were indications that some were deliberately targeted.

“Attacks on schools, teachers and students are further horrific reminders of the terrible price Syria’s children are paying in a crisis approaching its fifth year,” UNICEF’s representative in Syria Hanaa Singer said in statement.

Between 1.3 and 1.6 million children in Syria are no longer able to attend school due to the civil war that has killed more than 200,000 people and displaced around half of the country’s population, Boulierac said.

He expressed concern over the recent closure of numerous schools in areas partially or fully under the control of jihadists of the Islamic State group in Raqqa and Deir-es-Zour governorates and parts of rural Aleppo.

“This is seriously affecting the schooling of an estimated 670,000 students,” Boulierac said.

More than eight million Syrian children have been affected by the civil war, with 1.7 million now living as refugees, according to the latest UN figures.