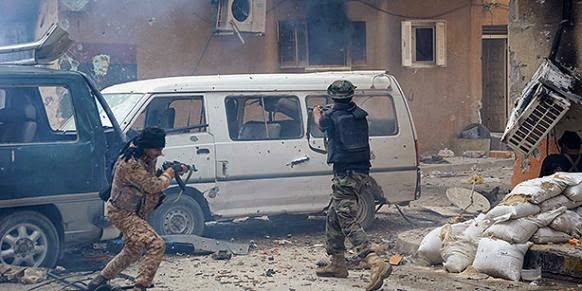 Turkey has reiterated its travel warning to Libya, urging citizens to “rapidly” leave the North African country mired in an unceasing civil war.
Turkey repeated its June 4, July 15, July 23, Aug. 2 and Aug. 14 travel warnings and said all Turkish nationals should leave Libya. It advised against non-essential travel to the war-torn country.A Foreign Ministry statement on Wednesday said fighting and air strikes in recent weeks has created instability in the security situation.

The travel warning came hours after the ministry’s statement condemning a threat by the Libyan army to shoot down any civilian or military aircraft penetrating Libyan airspace.

A statement by the Turkish Foreign Ministry said on Wednesday that the “irresponsible” threat, which is in violation of international law, is “absolutely unacceptable.”

In the time since the country’s dictator, Muammar Gaddafi, was overthrown, rival militias widely believed to be backed by regional powers have fought for control of Libya. An alliance of Islamist and other militias captured the capital Tripoli last year and revived an earlier government and parliament.

The Tripoli government accuses Egypt, Saudi Arabia and the United Arab Emirates of backing its rivals in Tobruk, including by carrying out airstrikes. The Tobruk government says Turkey and Qatar back Islamist militias.

A Libyan warplane from forces loyal to the internationally recognized government bombed a Greek-operated oil tanker anchored offshore on Sunday, killing two crewmen in an escalation of a battle between the country’s rival factions.

Shortly after the attack, Turkish Airlines (THY), the only foreign airline still flying to Libya, suspended its flights to Misrata over concerns of worsening security in the country.