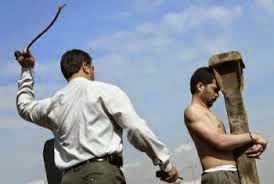 Amnesty International has learned that the imprisoned Saudi Arabian activist Raif Badawi will be flogged in public after Friday prayers tomorrow in front of al-Jafali mosque in Jeddah.

Raif Badawi was sentenced to 10 years in prison, 1,000 lashes and a fine of 1 million Saudi Arabian riyals (about US$266,600) last year for creating an online forum for public debate and accusations that he insulted Islam. According to information obtained by Amnesty International, Raif Badawi will receive up to 50 lashes tomorrow, while the rest of the full sentence of 1,000 lashes will be carried out over a period of 20 weeks.

“The news that Raif Badawi’s flogging will start tomorrow is shocking. The Saudi Arabian authorities must immediately halt all plans to carry out this brutal sentence.

Flogging and other forms of corporal punishment are prohibited under international law, which prohibits torture and other cruel, inhuman or degrading treatment or punishment,” said Philip Luther, Middle East and North Africa Director for Amnesty International.

“It is horrifying to think that such a vicious and cruel punishment should be imposed on someone who is guilty of nothing more than daring to create a public forum for discussion and peacefully exercising the right to freedom of expression.”

Amnesty International considers Raif Badawi a prisoner of conscience and is calling for his sentence to be quashed and for him to be released immediately and unconditionally.