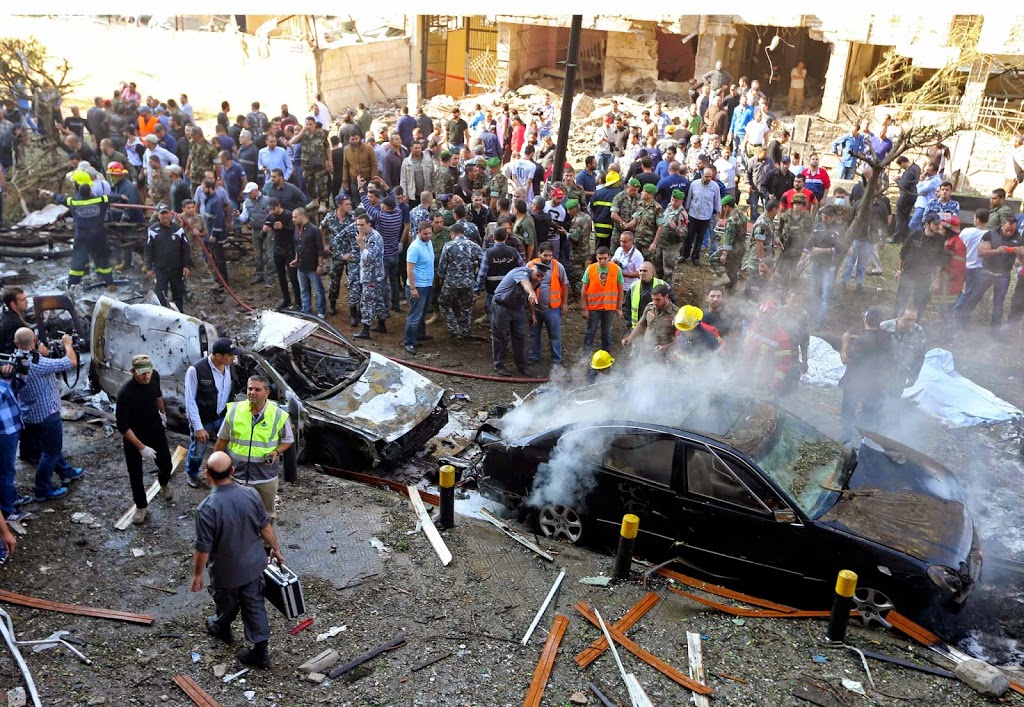 Two suicide bombers killed nine people and wounded 37 others in an attack on a cafe in a flashpoint Alawite neighbourhood of the northern Lebanese city of Tripoli on Saturday, officials said.

“Nine people were killed and 37 others wounded,” the health ministry said in a statement.

A security source told reporters: “The first suicide bomber entered into the Ashqar cafe at around 7:30 pm and blew himself up.”

Panicked survivors tried to flee the scene of the attack, said the source, who spoke on condition of anonymity.

“Then, a second suicide attacker arrived, and blew himself up too,” he said, updating his initial account of a single suicide bomber.

The security source said the army had cordoned off the bombers’ homes.

A man who was lightly wounded said he was near the scene of the blast when the attackers struck.

“I was at the cafe with other people, when we suddenly heard a first blast,” Zuheir al-Sheikh said.

“Then we heard a huge blast, though I have no idea what caused it,” he added.

Qaeda’s branch in Syria, the Al Nusra Front, claimed responsibility for the blasts via Twitter.

Lebanese politicians and movements were quick to condemn the bombing, branding it a “terrorist” act and calling for unity.

“This crime will not terrorise the Lebanese or the residents of Tripoli, and it will not weaken the government’s resolve to confront terrorism and terrorists,” Prime Minister Tammam Salam said in a statement.

“This terrorist act is part of a campaign to sow chaos and division, and to destabilise (Tripoli) after the Lebanese army and security forces managed to stop the cycles of violence,” Hariri said in a statement.