You are here: Home / Senza categoria / Has Turkey lost Libya? 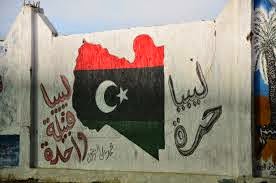 As with Egypt, Turkey’s leadership now finds itself on the black list of the Libyan government. An overblown sense of its influence and its backing of the Muslim Brotherhood (MB), which has dragged Ankara into a proxy war, has led to this sorry state of affairs.

Ankara’s open sympathy and support for the MB has turned out to be a liability. Not only has Ankara undermined its credibility in its ability to act neutrally, but also Turkey seems set to lose billions with Libya’s leadership giving lucrative construction contracts to other parties. Furthermore, as well as further diluting its influence in this part of the world, given that Libya is a gateway to the rest of the sub-Sahara, Turkey’s policy will also have an impact on its relations with the region beyond.

Turkey has a long history of relations with Libya. The country — then known as Trablusgarp — was under Ottoman rule from 1551 until the empire lost the province to Italy in 1912 after a one-year war. Then came a period of apathy that ended in the 1980s following visits by Prime Minister Turgut Özal. However, it is worth mentioning that when the West imposed sanctions on Turkey following its 1974 intervention in  cyprus, Libya supported Turkey with spare parts and jet fuel for military planes.

Prior to the revolution in 2011, Turkey, like a number of other countries, had no problem working with Libya’s then-President Muammar Gaddafi. Prior to the protests, the two countries significantly beefed up economic and political ties, including Libya offering Turkey a huge share of the infrastructure business and Recep Tayyip Erdoğan received the Al-Gaddafi International Prize for Human Rights. Six months after the revolution began, Turkey cut off all relations with Gaddafi, freezing his and his family’s assets in Turkey.

While Erdoğan originally opposed the NATO operation in Libya, he made a quick turnaround backing the alliance’s airstrikes, with İzmir becoming the command center of the operation, and calling on Gaddafi to withdraw from power. Turkey gave hundreds of millions of dollars to opposition leaders, took an active role in mediating between different parties and played a key role in reconstructing Libya. Turkish contractors won hundreds of contracts, second only after China in 2014. Turkey’s economy welcomed the financial injection of some $28 billion. However, economic gain and the opportunity to have an influential role have taken second place to Turkey’s friendship with the MB.

Once held together by the iron first rule of Gaddafi, nowadays Libya is in a never-ending civil war, with the country carved up into fiefdoms led by different tribes. Turkey has become mixed up in this because of Ankara’s criticism of the internationally recognized Libyan government and its move to the eastern city of Tobruk. While Ankara declares itself as having a neutral position, its support for the Tripoli-based General National Congress (GNC) and the Omar al-Hasi government — which is not recognized by the international community — underlines this claim.

Furthermore, the government media has regularly criticized General Khalifa Haftar and his Benghazi “Operation Dignity,” whose goal is to cleanse the city of terrorists and Islamist forces that also include the MB, with Haftar declaring that he would “cleanse Libya of the Muslim Brotherhood,” Turkey’s actions and statements have been viewed by the Libyan Foreign Ministry as interference into Libya’s internal politics.

Libya removed its ambassador from Ankara; Turkey was forced to pull out its diplomatic staff and close its embassy in July and its citizens asked to leave the country and, because of its backing for the MB, now stands accused of supporting terrorism. Turkey’s leadership has become an enemy and will be fully sidelined.
While the Turkish government continues to deny that it has taken sides, there does seem to be some recognition that this current situation is bad news for Ankara and somehow needs to be turned around.

However, at this point, the chances of Turkey being able to do this seem rather slim. This is not just a question of deep resentment and distrust from the Libyan leadership towards Ankara, but also thanks to the influence of Egyptian President, Abdel Fattah el-Sisi (who is also at loggerheads with Erdoğan). He would be more than happy to see the further demise of the MB-loving Turkey, which offers Egypt significant room to consolidate its own power and policies.