You are here: Home / Senza categoria / Changing balance of power in the Middle East 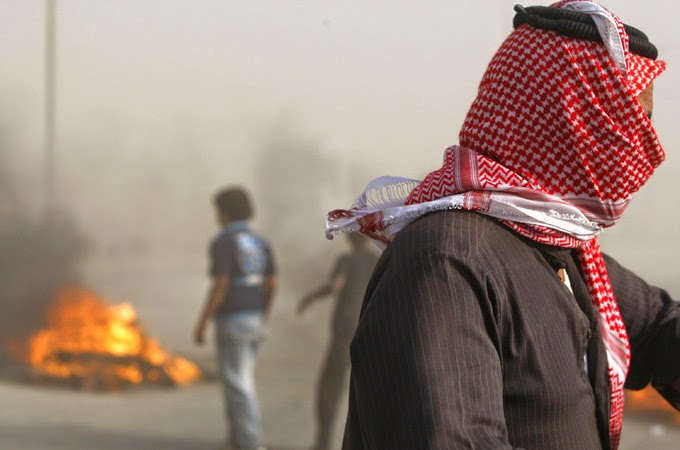 Syria crisis, falling oil prices and IS – power in the Middle East is shifting. For Middle East watchers, these factors will affect the region’s future:

* A cold war will continue between Iran and Saudi Arabia.

* Kurds will have increased influence.

* Regimes will tighten their grip, four years after the Arab Spring. Increased fear can lead to a new rebellions.

* The region lacks leadership against IS.

Iran will continue to lead the way in the Middle East. IS will change shape, but they will not succeed in establishing the Islamic state.

Assad can be weakened.

The fall in oil prices affects Iran, already pushed by Western sanctions. There are consequences for ordinary Iranians. Revolutionary Guards are  willing to go far to ensure their power. But unpopular cuts can promote increased resistance against the regime.

Iran may be willing to discuss a solution to the Syrian crisis that do not keep Assad in power, and regime has lost important positions in Idlib province.

Lower oil prices may weaken the funding of the Assad regime.

The region is missing a leader against IS.

IS poses a threat to all, and the regional power struggle prevents regional leadership. Memories from the bloody Iran-Iraq war are an obstacle to Iran. Turkey’s involvement in the Middle East is contentious for Arab states. Saudi Arabia stands out as ultra-conservative, and for them it is no easy task to take leadership against IS.

The organization depends on regional unrest to be able to expand territory and recruitment.

– Iran cannot take leadership against IS, as the United States will not face the consequences, and Turkey is ambiguous. There is no evidence of a powerful alliance against IS, will all its contradictory and intersecting interests. Resistance must be built on the ground, not from the air. In Iraq, the Sunni-leaders in Anbar province must take leadership, but they lack support from the Shia-dominated central government in Iraq.

The Iran / US negotiations on Iran’s nuclear program is crucial to Iran’s role. The US has stepped down its presence in the region since 2008, and Iran’s allies have been able to seize power in Iraq. Saudi Arabia, Iran, Turkey, Egypt and Israel will battle to fill the void left by the United States.

Iran wants to measure its power against Saudi Arabia, which will probably increase its influence.

The rivalry will likely probably end in a mutual acceptance about each others’ presence. The changes in the region will be led by Saudi Arabia. While this is a threat to the interests of other Gulf countries, Qatar will want to review their regional role, and Egypt can resurface to have an important role in the region.

Kurdish parties in Syria and Turkey are closer to their desire for Kurdish independence, caused by their military contribution in the Syria crisis. The Syrian Kurdish Democratic Union (PYD) and the PKK in Turkey are experiencing increased legitimacy.

If a deal is reached on the Iranian civil utilization of nuclear energy between the US and Iran and a UN resolution on Palestine is made, so the possibility of a political solution to the civil war in Syria is strengthened with a more effective coordination of the fight against IS. Many assumptions must be made before we can see stabilization in the region.

Will take one generation

Four years after the Arab uprisings, several of the region’s regimes have tightened their grip on power, creating greater fear among their citizens. In Egypt, dictatorship has been reintroduced and can again lead to paralyzing fear among citizens, which in the long term can provoke a new rebellion. The turmoil is something the region must live through.

In the longer term, expect to see democratic changes – though it may take a generation.