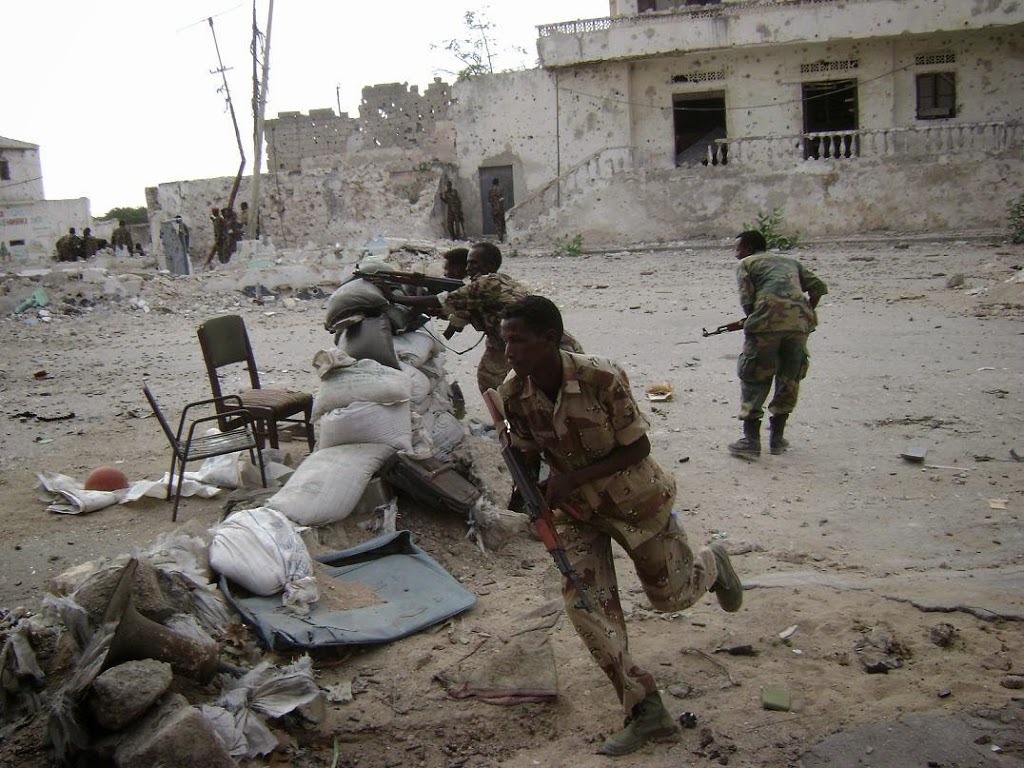 A remote-controlled bomb hit a vehicle in a troop convoy in the southern Somali port city of Kismayu, killing at least three soldiers, police and residents said on Sunday.

Militant group al Shabaab claimed responsibility for the attack, which hit the convoy as it drove through Gulwade village in Kismayu late on Saturday.

“The bomb was targeted at our convoy. Three soldiers were killed,” said Ismail Hussein, a police officer in the city.

Al Shabab has been weakened considerably by African Union troops and the Somali army, losing swathes of territory in the south of the country, but it has been carrying hit-and-run style attacks to show it has not been vanquished.

Local residents said troops in the convoy opened fire after the blast went off, killing two women who were passing by.

Hussein of the local police rejected the claim: “The forces did not kill residents after the blast,” he said.

Sheikh Abdiasis Abu Musab, al Shabab’s spokesman for military operations, said the group was behind the bomb attack and that it killed four senior intelligence officers.

The group also attacked a police station in the port of Bosasso with grenades and guns on Saturday, said Bashir Ahmed, a police captain in the area in the semi-autonomous region of Puntland.

They repulsed the attackers, but a woman who was selling khat, a narcotic leaf, sustained injuries from the fighting, Ahmed said.

Abu Musab confirmed they had carried out the attack, saying that four policemen were injured.

On Saturday East African foreign ministers met in Mogadishu to push peace efforts in war-torn Somalia, the first time the regional bloc has met in the country for almost three decades.

Dozens of heavily armed soldiers and police patrolled the streets, where Al Qaeda-affiliated Shabab militants regularly carry out bombings and killings. Ministers from Djibouti, Ethiopia, Kenya and Uganda – who have contributed troops to the 22,000-strong African Union force in Somalia – all took part in the one-day meeting, organised by the regional IGAD bloc, the Intergovernmental Authority on Development.

Held in a heavily guarded hotel near the main government district in Mogadishu, it was one of the largest and highest profile meetings in the capital for years. Key issues included security and political reconciliation within the Horn of Africa nation, riven by conflict since 1991.