You are here: Home / Senza categoria / Islamic State and the division of the region 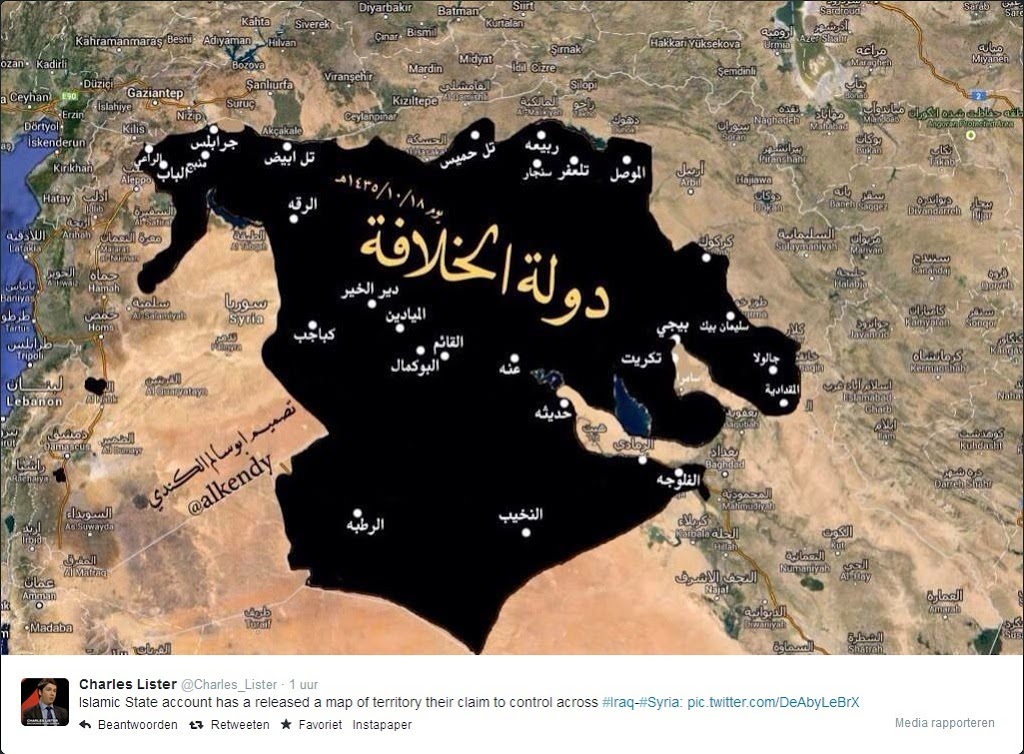 The plot to divide regional countries has been supported by the latest developments in many major Arab countries like Iraq, Syria, Libya and Yemen. The armed militants of IS are still easily roaming the Arab region despite allegations about intensifying the air strikes of the 40-member state international alliance.
Regional political incidents are heading towards a new division similar to that of the Sykes-Picot under the supervision and patronage of the US and its Western allies in order to protect their interests and areas of influence worldwide in a way that re-divides the states formed after the Sykes-Picot according to sects, races, religions and doctrines with the ultimate goal of creating smaller states fighting each other leaving the Zionist entity as the largest and mightiest regional military power! This plot to divide has found its support by the IS gangs despite the air strikes of the international alliance.
In fact, IS has been demonstrating its powers using modern technology despite the international alliance countries capability to cut and prevent its communications! Taking into consideration that IS militants are mere terrorists moving around using primitive and barbarian methods and propaganda to display its brutal crimes, it is most likely, that this terrorist group is being used by the international and regional powers to impede democratization and social progress, dividing Arab states just like Al-Qaeda, Taleban and other terrorist groups have been used.
Yes indeed, because the rapid and sometimes contradicting political changes indicate that the region is moving towards major changes and that IS is but a tool used to make those changes happen. Those developments are so rapid and can only be deterred by peoples’ awareness and rejection of the new colonial division schemes on the one hand, and by the resistance of the Egyptian army and people and Egypt’s political stability on the other.
Egypt plays an important strategic role in the region, which made it face severe terrorist attacks and systematic media criticism, namely since the June 30, 2013 revolution. Within the same scheme, it is noticeable that GCC states, namely KSA, are under pressure and attempts to get them busy with domestic concerns and ruin their relations with Egypt in desperate attempts to foil the formation of a strong regional axis against other regional ones, namely the Turkish one with some Arab states who fanaticize about rebuilding the Ottoman Empire in addition to the Iranian axis led by Iran, which seems to be making progress in Iraq, Syria, Lebanon and Yemen and is supported by effective Western countries despite being publically criticized in the media because of its nuclear project!
Source:  kuwaittimes