You are here: Home / Senza categoria / Millions of Iraqis displaced by ISIL 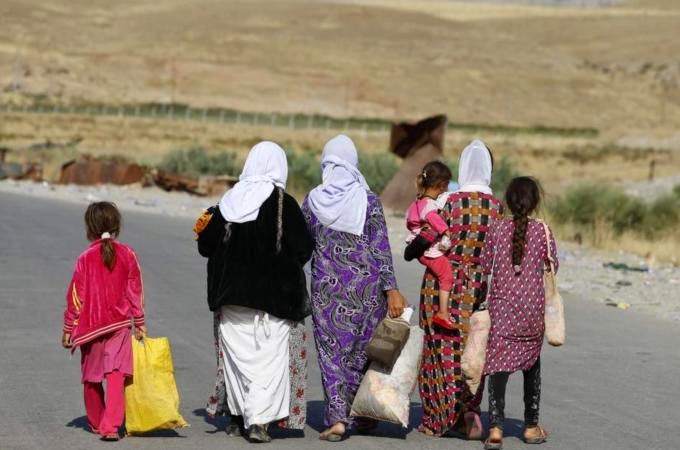 Resallah Khalil, a 29-year-old mother of seven, has been living in an old warehouse hall in southern Baghdad along with her sister-in-law’s eight-member family. The dark, stuffy, overcrowded hall is divided into dozens of 24-square-metre rooms by torn, unwashed clothes, and shelters around 1,000 people – most of whom are women and children.