You are here: Home / Mediterranean / 6,000 Daesh terrorist ready in Libya to conduct terror attack in Europe 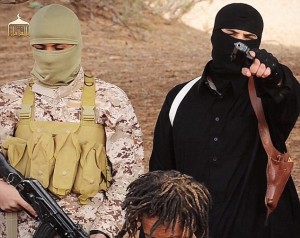 6,000 ISIS terrorist which doubles in size in Libya as new stronghold cause concern for intelligence services that terror group increase terror attacks in Europe and America.

Army Gen David Rodriguez, head of US Africa Command, said that local Libya militias are battling to destroy an ISIS network in Sabratha.

The latest numbers for ISIS which doubles to last year in Libya make it the largest branch of eight that the terror group operates outside Iraq and Syria, according to U.S. defense officials.

Rodriguez said that airstrikes are limited to militants that pose an ‘imminent’ threat to U.S. interests. He said it’s possible the U.S. could do more as the government there takes shape.

The U.S. and its allies are hoping that a U.N.-brokered unity government will be able to bring the warring factions together and end the chaos there, which has helped fuel the growth of the ISIS.

The U.S. and European allies would like the new government to eventually work with them against ISIS.

The U.S., France and other European nations have sent special operations forces to work with Libyan officials and help them to fight terrorists. In February, American airstrikes hit an Islamic State training camp in rural Libya near the Tunisian border, killing more than 40 militants.

Rodriguez said, however, that it will be a challenge for ISIS to become as big a threat as it is in Iraq and Syria because of resistance from local Libyan fighters and the population, which is wary of outside groups.

He said the militias in Libya have fought ISIS militants in Benghazi and Derna with some success, and fought hard in Sabratha with more limited gains.

Efforts to battle the group in Sirte have not worked as well, he said. Their biggest problem, he said, is that often the militias fight among themselves.