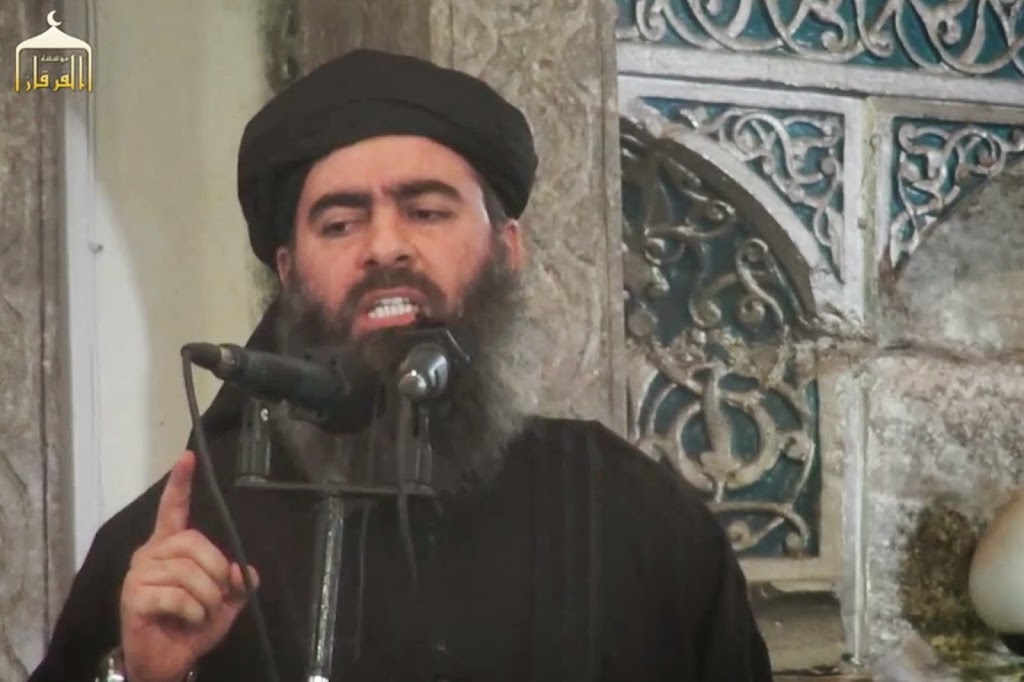 A tribal source revealed on Tuesday that the leader of the Islamic State of Iraq and Syria “ISIS” organization , the terrorist Abu Bakr al-Baghdadi has ordered all his elements in Anbar province, to prepare for a major attack on Haditha District and al-Baghdadi sub-district to end the continued fighting for months
.
Over the past few days , international airline alliance has intensified its raids on ISIS organization’s sites in Anbar, Kirkuk and Nineveh and destroyed many of their hideouts and combat equipment
.
The source told “Shafaq News”, that “The leaders of ISIS terrorist organization in Anbar province, received an order from the organization’s leader, Abu Bakr al-Baghdadi to process all the possibilities of weapons, equipment and fighters to launch a broad attack at the same time on Haditha District and al-Baghdadi sub-district.
.
The source explained that “the terrorist Abu Bakr al-Baghdadi’s orders included a call to resolve the battles in Haditha and al-Baghdadi that lasted for several months .”

This comes just one day after a senior source revealed that the elements of that ISIS terrorist elements are preparing disguised by “Swat” forces’ vehicles of the Ministry of Interior to enter Hit and Rawa districts
ISIS organization has tried over the past two months to break into al-Baghdadi sub- district and Haditha district western Ramadi, which includes the largest military air base b to the west of the province but all their attempts failed.