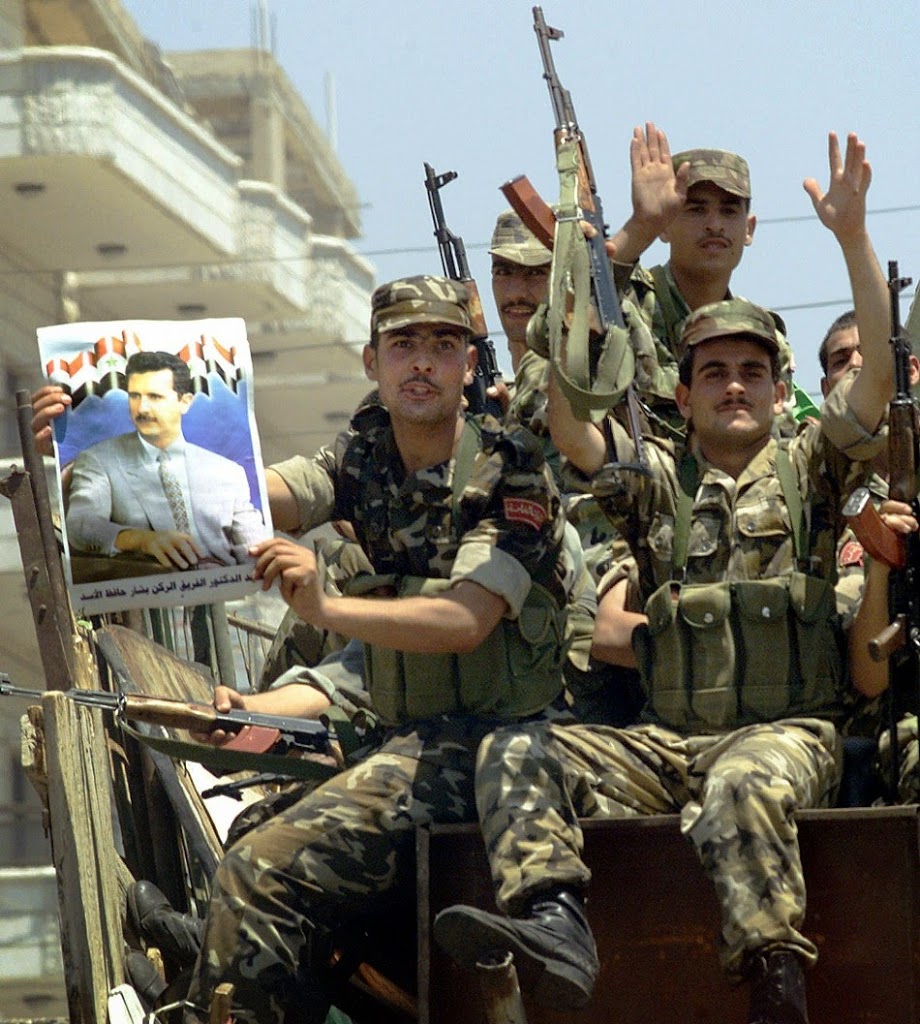 Syrian army took control of villages in southern Syria, state media said on Saturday, part of a campaign they started this month against insurgents posing one of the biggest remaining threats to Damascus.

The strategic advance occurred as UN special envoy to Syria held talks on Saturday in Damascus to finalize a freeze plan for the city of Aleppo, where al-Qaeda’s Syria branch took over a rebel base.

The large offensive is backed by the Lebanese resistance group Hezbollah and initially made swift progress before slowing. The gains, made on Friday and Saturday, mark a new push in the army campaign.

Syria’s state news agency SANA said the village of Tal al-Majda in Sweida province and Tal Antar in Deraa were taken. Both are near Jordan.

According to the Britain-based Syrian Observatory for Human Rights, the army, along with pro-government forces, took control of three villages and several hills in Deraa in clashes that left seven rebels dead.

The south is the last notable foothold of the non-jihadist opposition to President Bashar al-Assad, who has consolidated control over much of western Syria after almost four years of war.

Al-Qaeda’s Syrian arm, al-Nusra Front, is also active in the south and has clashed with western-back rebels. Rival Islamic State of Iraq and Syria (ISIS) jihadists control much of the north and east of the country.

The offensive aims to shield the capital Damascus, a short drive to the north. The insurgents had made significant gains in the south in recent months, taking several military bases.

At least 29 fighters from the Western-armed Hazm movement were killed along with six Nusra jihadists, according to the Observatory. It said fierce fighting had broken out on Friday night for Base 46, west of the city of Aleppo.

“Al-Nusra captured Base 46,” said Rami Abdul-Rahman, director of the Observatory.

Base 46 is a sprawling military compound that rebel fighters seized in November 2012 from the Syrian army and pro-government forces.

In a statement, residents in the nearby rebel-held village of Atareb criticized the attack on the base and appealed to Nusra to instead fight the “infidel regime and its allies.”

The offensive came a month after Nusra expelled Hazm from Regiment 111, another base they had taken from the Syrian army.

Hazm is mainly present in northern Syria. Last year, it was the first to receive US-made anti-tank missiles from its Western backers. It is one of a number rebel groups — loosely branded as the Free Syrian Army — that the United States classes as “moderate.”

Once Syria’s commercial hub, Aleppo has been devastated by fighting that began in mid-2012, and the city is now split between loyalist forces and rebels.

Since October, United Nations special envoy to Syria has been working on a plan to broker “local freezes,” eying Aleppo, Syria’s most populous city, as a “good candidate” for such a freeze.

De Mistura in Damascus to finalize Aleppo freeze plan
On Saturday, the UN envoy Staffan De Mistura held talks in the Syrian capital to try to finalize a deal to freeze fighting in the war-ravaged second city of Aleppo.

He met Foreign Minister Walid al-Muallem and agreed to send a delegation from his Damascus office to Aleppo on a fact-finding mission, state news agency SANA said, without giving a date.

The Swedish-Italian diplomat “hopes to set in motion as soon as possible his project” to halt fighting in Aleppo for six weeks, a member of his delegation said on condition of anonymity.

He met government officials and opposition chiefs in recent weeks to promote his plan for a temporary truce in Aleppo in order to move aid into the northern city.

De Mistura said last week that the government had shown a willingness to suspend aerial bombardment of Aleppo for six weeks to allow a humanitarian ceasefire. Under the plan, rebels would be asked to suspend rocket and mortar fire there during the freeze.

De Mistura incurred the wrath of the opposition earlier in February by describing Assad as “part of the solution” to Syria’s conflict.

About 220,000 people have been killed in Syria since the conflict began in March 2011 with anti-government protests that spiralled into a multi-sided war drawing foreign jihadists.

De Mistura’s visit to Damascus coincides with a meeting of the main opposition National Coalition in the Turkish border town of Kilis to discuss the Aleppo freeze plan, an alliance spokesman said.

Those at the meeting include coalition chief Khaled Khoja, opposition figures and representatives of Aleppo’s civil society. It would run into Sunday and conclude “with an announcement on the creation of a follow-up committee that will make contact with de Mistura about his project,” said the spokesman.

When he revealed his plan this month, de Mistura said he had asked the government to allow a UN team into Aleppo to identify a district for a trial ceasefire.

French parliamentarians who met Assad on Wednesday have said the embattled leader expressed support for the plan which De Mistura has been mulling since his appointment in July.

Meanwhile, members of the tolerated domestic opposition, meeting in Damascus on Saturday, did not endorse a road map its delegates had agreed in Paris last week with the opposition coalition in exile, apparently because of disagreement over the role of the Muslim Brotherhood.

One participant said they were continuing to “seriously study the document” ahead of a key meeting scheduled for April 17 in Cairo.