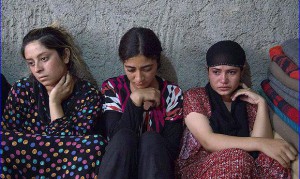 At least 60 girls commit suicide every month after being sexually tortured by the ISIL forces, an aid worker based in Iraq said to HRW.

While narrating the horrific sexual abuse that the women and children are subjected to by the ISIL forces, Yousif said at least two girls kill themselves every day.

He was quoted that many decide to take their lives because they feel that they have dishonored their beliefs.

They don’t hope that their families will accept them and at the same time, they don’t want to have their babies, Yousif said.

Several “un-Islamic” civilians, including those from the Yazidi community, have been a key target for the terror group as they advanced through Iraq and Syria.

The news came after the Human Rights Watch said earlier that women and girls attempted suicide in order to escape rape, forced marriages and religious conversions by the ISIL.