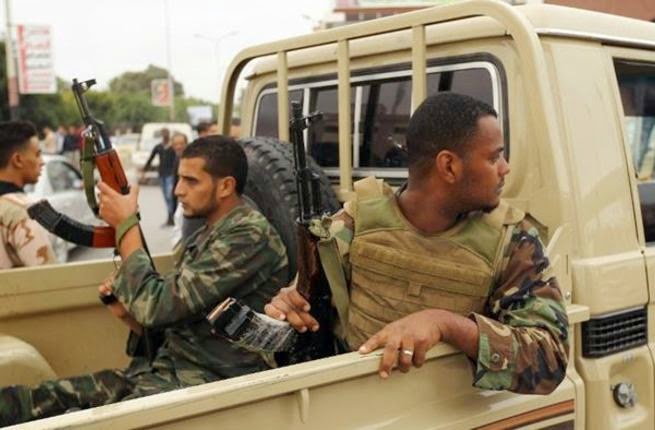 The explosion occured when an assailant drove an explosive-packed car into a checkpoint about 100 kilometers west of Benghazi.

The north African country has been gripped by fierce violence since a NATO-supported revolt in 2011 ousted long-time dictator Moammar Gadhafi as warring militias fight for control.

Clashes have been particularly violent in Benghazi, where government-loyalist and Islamist militias are have been locked locked in a fierce struggle to control the nation’s former capital. While the checkpoint attack has so far gone unclaimed, officials believe rebel militias are behind it.

The same checkpoint, located on the road to Libya’s northeastern city of Ajdabiya, underwent a similar attack in October in which the militant’s explosive-laden car failed to reach the checkpoint before exploding and avoided casualties.

Militants have seized large swaths of territory from the oil-rich nation’s internationally-recognized government, which has made pleas for the international community to help them regain control.