You are here: Home / Senza categoria / Would Kurdistan Region authorize an abortion law for the raped women by ISIS? 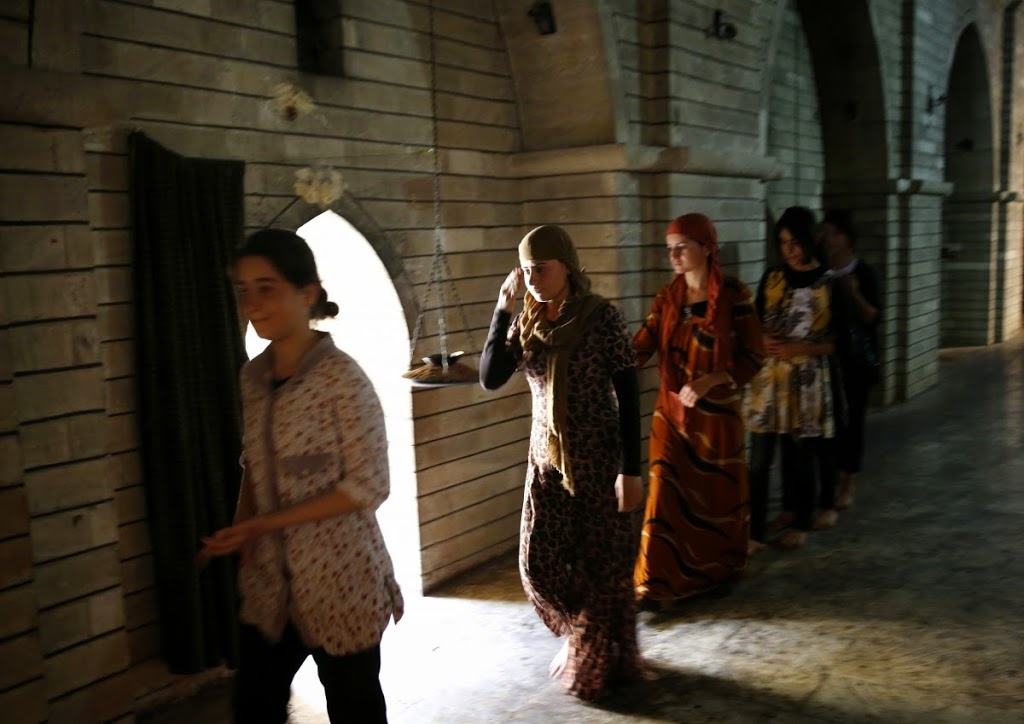 The “abortion” issue has raised large debate in corridors of politics and the street to Kurdistan Region after the pregnancy of some women who have been raped by the elements of the Islamic State of Iraq and Syria “ISIS” organization, during the period of their detention
.
Kurdish , Turkmen and Yazidi politicians supported that kind of abortion, while some clerics refused it  for violating the teachings of Shariah
.
The abortion file began to float on the surface, after it had been discussed behind closed doors for several months, what caused serious social repercussions, especially since the Iraqi law and Islamic law prohibit carrying out abortions
.
For that , a group of parliamentarians interested in human rights in Kurdistan region started to work on wording the draft law that provides exceptional law for those women to have abortions
.
While The decision maker of the Committee for the Defense of Women’s Rights in the region , Hayat Majeed Qader , one of advisers in the Parliament has developed a draft law allowing abortion exceptionally for girls and women who survived from the grip of ISIS militants, as pregnancy appeared on them after being exposed to sexual assault
.
She said in a report of Anatolia News agency seen by “Shafaq News” that “ abortion in such a case is not a crime, it is the best solution from the standpoint of a humanitarian solution
.
The MP and Chairwoman of the Women Committee in Kurdistan Region , Bakhshan Zangana noted that the subject of abortion is particularly sensitive within Iraqi society
.
She added that Iraqi women who have been abducted by ISIS members then got pregnant after their exposure to sexual assaults during their period of captivity are living a very difficult situation, as some are fifth or sixth month pregnant
.
Zangana explained that the matter take dimensions at the individual, family and social level, “as ISIS elements organization who committed massacres of genocide against the Iraqi people also wanted to plant their dirty seed in the lives of our women and our girls, so we must us address this issue with courage .”

While the official of Yazidi religious affairs Department in the Ministry of Endowment and Religious Affairs in Kurdistan , Khairi Chenkali stressed, that the acceptance of children who came to life illegally issue cannot be accepted.

“We as a society have habits and Kurdish traditions, we are very conservative towards issues related to honor, and what had been done by ISIS elements of assault and rape Yazidi women and other Iraqi women, aimed at smearing the sacred values of the Yezidis
.”
He pointed out that “most of the families are strongly opposed to women to give birth and were been subjected to rape,” noting that “the Yazidis clergy have directed calls to help the victims of ISIS attacks “
.
The MP in Kurdistan Parliament from the Iraqi Turkmen Front .Aiden Maarof demanded to perform an exceptional measure to open the way for an abortion for women who are victims of ISIS attacks, pointing out that 62 Yazidi and Turkmen woman have been raped by members of ISIS terrorist organization
.
Maarof said, ” Kurdistan Parliament should take a special resolution to fit women who have been raped, enacting a law to allow abortions
.”
As the Head of Islamic scholars Union of Kurdistan , Abdullahi Sheikh Saeed addressed the issue of the victims of ISIS attacks in accordance with the teachings of Islamic Sharia
.
“It cannot be overlooked that these children were born illegally, but this doesn’t give us the right to kill them, Islam does not accept that, what was done by ISIS elements is against the teachings of Islam”.

ISIS had kidnapped hundreds of girls and women from different ethnic groups, especially Yazidis during the invasion of the north and west of the country last summer
.
Militants had sold the women and girls on ISIS elements in slavery markets for sexual pleasure, which led to the emergence of signs of pregnancy on women after fleeing from the grip of militants
.
This has led a number of members of Kurdistan Parliament to move towards a law that gives way to perform exceptional abortions, without exposure to prosecution, especially since the Iraqi law prohibits doing this type of operations.