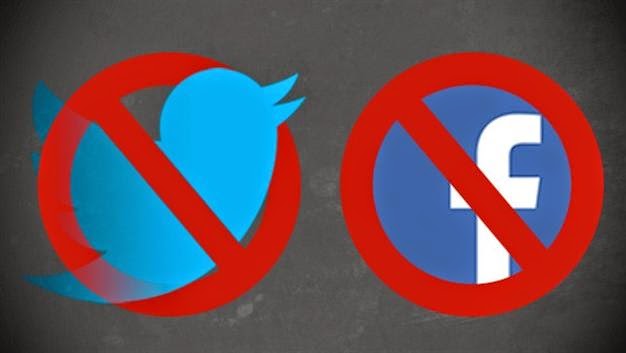 Turkish authorities have warned that all websites publishing alleged records related to Syrian-bound trucks belonging to the Turkish intelligence agency that were stopped by a prosecutor last year will be banned, presaging a possible new ban on Twitter and Facebook.

On Jan. 2, 2014, two Syria-bound trucks belonging to Turkey’s National Intelligence Organization (MİT) were stopped by a prosecutor who sought to have the gendarmerie search the vehicles. The following month, a Turkish court issued a ban on the publication of news related to the incident.

A number of documents were leaked online on Jan. 13. The signed proceedings related to the search allegedly show that arms belonging to MİT were found in the trucks. Speculation has been rife that the arms were destined for jihadists in Syria.

Turkish officials, now equipped with the authority to block websites even without a court ruling, warned Jan. 14 that the gag order would be strictly imposed on the Internet. Any website, including Facebook and Twitter, will be blocked if they do not remove the leaked documents.

Twitter quickly withheld the sanctioned content on Jan. 14, dodging the possible Turkish ban. Facebook, on the other hand, has not yet complied with the decision, Turkish authorities said, noting that the talks were continuing.

“There are several court decisions against the websites that published the signed proceedings,” a Turkish official told daily Hürriyet, stressing that the “procedure is ongoing.”

YouTube was banned in Turkey on March 27, hours after a top-secret government meeting on Syria was leaked allegedly depicting government officials discussing a possible false-flag operation on Turkey in an effort to drag Turkey into Syria’s war.

The Constitutional Court unblocked Twitter on April 2, 2014, and YouTube on May 29, 2014, citing freedom of expression, but the ruling drew the ire of the government.