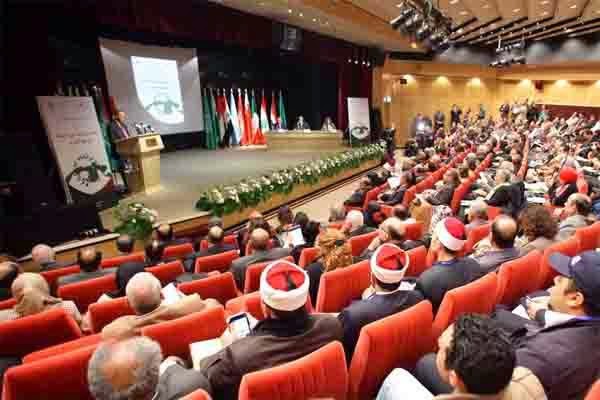 Could the Islamic State (IS) be stronger than all of the Arab and European communities, and the countries on the shores of the Mediterranean Sea, as it is in Syria and Iraq?
What comes first, security, food or freedom?
Away from the bustle of the beaches of Alexandria, someone shouted, “We are the last line of defense of the Arab nation.” This has led to the questions: Who are we? A nation, communities, clans or tribes? How has IS and other similar groups become so strong?
The storm of hatred and extremism prevails over the shores of the Mediterranean sea. Paris is not immune and the condemnation of the brutality of IS and other similar groups in Germany’s streets has quickly turned into a condemnation of all Muslims and Islam. Violence leads to more violence, a state of security mobilization is everywhere, warning of a “hatred bomb.”A mobilization in the airports and a security grip, mostly invisible in the streets. Between the two shores, the bustle of the great strife is louder and rarely can you find a person who is not afraid of being taken by surprise by IS, stabbed in the back by a takfiri or of being a ‘collateral’ victim in a blast.

The finger of accusation is pointed at an “Arab state” that “exploited” the plague of terrorism for periods of time, until it was brutalized by it, said Yasser Abdul Aziz, a member of the National Council for Human Rights in Egypt. He called to recognize that “the media will not be, and should not be, the spearhead in the battle against terrorism.”

In Alexandria, if it were not for the tight security surrounding the library you would have felt that the city, which is open to the “Mediterranean” cultures, is situated on an unsettled side of a volcano. Asking what has changed since the January 25 revolution, particularly regarding the brotherhood, its fate and its remaining sympathizers. The answer is often that, priority goes for a living and the fight against declining jobs, high prices, low wages, and lack of tourism.

In the library, which in collaboration with the Egyptian Ministry of Foreign Affairs, held a conference titled “Toward a Comprehensive Arab Strategy to Counter Extremism,” Arab League Secretary-General Nabil Elaraby seemed proud of “a rare consensus” that united it to counter the earthquake of violence that hit the region. He was keen to recall ministerial decisions of the league to counter IS extensions, dry up the intellectual and financial sources of terrorism and take measures to prevent the recruitment of youth.

The storm of murder, oppression and torture cannot be stopped amid the wind and snow currently sweeping across the shores of the Mediterranean. The people of all nationalities, sects and creeds, are the victims of tyranny and they have become hostages and tools in the hands of IS and al-Qaeda, be they alive or dead.
But how does the Arab League interpret its decision to consider any attack on any Arab state or troops an attack on all of its members? Does this apply to the Syrian regime forces and the Houthis “invasion” in Yemen? Are these considered to be an attack?

In the Library of Alexandria conference, which was attended by about 250 Arab politicians, clerics, intellectuals and journalists, and contrary to all previous conferences the goal was not just suggesting general ideas. The conference witnessed overwhelming enthusiasm and boldness in condemning the ‘Arab lies.’ It also witnessed statements that were previously deemed to be taboos.

Patriarchs made accusations, while sheikhs expressed their anger at the number of accusations made against Al-Azhar, which sought to unify the Friday sermons across the mosques of Egypt. Patriarch Gregorios III asked the audience, “How can the religious discourse be positive when there is someone out there accusing me of infidelity?” Discrimination incites violence, whose victims are Christians and Muslims of all sects.

On the sidelines of the conference, a participant talked about a “model” Islamic preacher (and he mentioned his name). The participant said that the preacher had said, “Hate your Christian wife. Make her feel that you despise her on a daily basis.” To which the preacher was asked, “How can I sleep with my wife if I hate her?”

“Act as if you are raping her,” the preacher replied.

It is easy for everyone to agree that this preacher — and there are thousands like him — is far more dangerous than those violating authority and communities.

Everyone, from men, women and children are victims to IS, to schizophrenia, to the lies and to the manipulation of religious concepts.

Poverty and unemployment offer a fertile ground for extremism and in the case of the misled terrorist “soldiers” on the other side of the Mediterranean is the closest to the case of rebels revolting against secluded “ghettos,” knowing that they were the ones to contribute to the seclusion of these very ghettos.

There is not enough time to dissect the epidemic, as it has not yet been destroyed. The West was driven by concerns of hegemony, and in doing so it has indirectly fanned the fire of sedition. Apart from tourism on the beach of Alexandria, all aspects of adversity and strife were present in the recommendations of the conference, which tried to set an anti-terrorism mechanism that will be put forth in the upcoming Arab League summit.