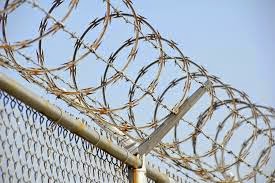 The Telegraph said that Saudi Arabia began building a fence along its border with Iraq, as part of its efforts to isolate itself from the chaos that spread widely in the neighboring countries
.
Saudi Arabia is planning to build a 600-mile buffer wall to separate itself from Iraq, and to protect itself from invading IS forces, it was revealed today.

According to The Telegraph, the “Great Wall” will include a wall and a ditch to protect the Wahabi state from ISIS militants who control “much of the area on the Iraqi side” of the border and whose eyes are set on “the ultimate capture of Saudi Arabia, home to the two holy mosques of Mecca and Medina, as a key goal.”

The proposal had been discussed since 2006, at the height of the Iraqi civil war, but work began in September last year after Isil’s charge through much of the west and north of the country gave it a substantial land border with the Kingdom to the south.

It is not the only fence with which Saudi Arabia has chosen to surround itself. Despite the difficulty of access to westerners, the country is relatively open to fellow Muslim nations, particularly during the Haj season when pilgrims from across the world come to Mecca and Medina, according to the newspaper.

It has also created a physical barrier along parts of the even longer, 1,000-mile border with Yemen to the south.

The attack last week is the sort of incident the Saudis hope to avoid.