You are here: Home / Senza categoria / Libyan peace talks will fail due to intransigence of Islamists in Tripoli: next step the war 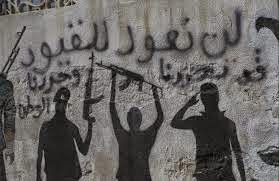 The UN-sponsored talks between Libyan rivals gathered in Geneva will not produce a solution for the crisis in the North African country, a senior Libyan official told Asharq Al-Awsat this week.

A member of the cabinet of Libyan PM Abdullah Al-Thani, who requested anonymity because he was not authorized to brief the media, said: “It is a waste of time. Everyone knows that the crisis can only be resolved militarily and the Geneva dialogue will fail due to the strictness of the extremists who control the capital Tripoli.”

In August an alliance of Islamist militias, dubbed Libyan Dawn, seized control of Tripoli and announced its rejection of Thani’s elected government. The Islamist insurgents reinstated the outgoing General National Congress (GNC) as the official parliament and established their own government.

The minister’s remarks contrasted with the optimism expressed earlier by the UN Envoy to Libya, Bernardino Leon, who said that the talks are aimed at reaching a political settlement that would lead to the formation of a national unity government supported by the majority of the Libyans.

In a press conference before beginning of the talks, Leon called on Libya’s rival factions to observe a ceasefire during the negotiations, and said that more factions were welcome to join the negotiations.

However, the Tripoli government said on Wednesday that any representatives of areas under its control attending the Geneva talks did not speak on its behalf.

“All heads of municipalities and members of municipal councils taking part in the talks only represent themselves,” it said in a statement.

The statement went on: “The GNC, as the [country’s] supreme power, [solely] possesses mandate to represent the Libyan people in political affairs.”

The statement confirms earlier reports by Asharq Al-Awsat that the Libya Dawn’s members were split over the UN-backed talks.