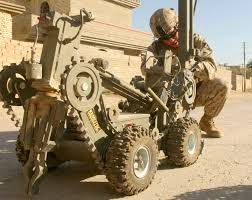 Barzani spoke about Peshmerga successes in the conflict with Islamic State (IS) militants, and explained that the Kurdistan Region needs the UK to increase its role in the coalition by donating heavy weapons and armoured vehicles to the Peshmerga.

“Kurdistan is going through terrible financial and humanitarian situations currently,” he said.

General Mayall announced that the UK will provide Kurdistan with improvised explosive device (IED) clearance equipment next week, as part of its role in the coalition.