You are here: Home / Senza categoria / US General: ISIS (Daesh) recruiting in Afghanistan and Pakistan 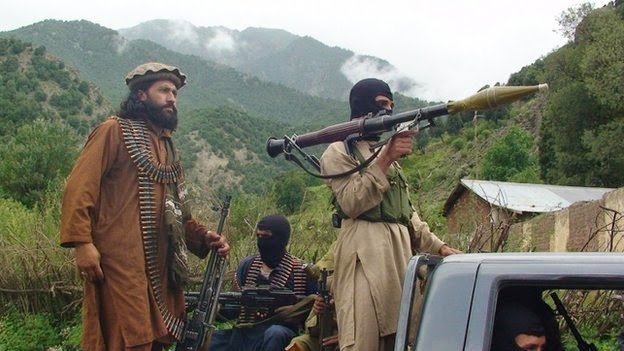 The commander of the NATO-led Resolute Support mission in Afghanistan Gen. John Campbell has said that the Islamic State of Iraq and Syria (ISIS) is recruiting militants in Afghanistan.

In an interview with the Army Times, Gen. Campbell said “We are seeing reports of some recruiting. There have been some night letter drops, there have been reports of people trying to recruit both in Afghanistan and Pakistan, quite frankly.”
According to Gen. Campbell, the leaders are concerned about any potential for the ISIS group to spread although the group has ‘hard message to sell’ in Afghanistan.
“The Taliban have their allegiance to (Taliban commander) Mullah Omar and a different philosophy and ideology than ISIS, but, potentially, there are people who are disgruntled with the Taliban, they haven’t seen Mullah Omar in years, or they want to go a different way,” Gen. Campbell said.
He also added “So there are people vulnerable to the Daesh message, and so we’re looking at it very hard.”
This comes as officials in southern Helmand and western Farah provinces of Afghanistan have said the signs of the ISIS presence have been noted in parts of the two provinces.
Officials in Helmand province have said that a former Taliban leader is currently recruiting fighters for ISIS in Sangin district, while officials in Farah said the terror group has set up training bases in Khak-e-Safid district.
However, the Ministry of Interior (MoI) officials have rejected that ISIS terrorist group is operating in Afghanistan and said there are no signs that the group has infiltrated in the country.
In the meantime, a video was released by ISIS on Saturday purports to show militant leaders who identify themselves as from Afghanistan and Pakistan Tehrik-e-Taliban Pakistan (TTP’s) former spokesman Shahidullah Shahid pledging their support to the Islamic State group.
The video obtained by the SITE Intelligence Group purportedly showing the beheading of a man whom they identify as a Pakistani military soldier.
Source:  khaama