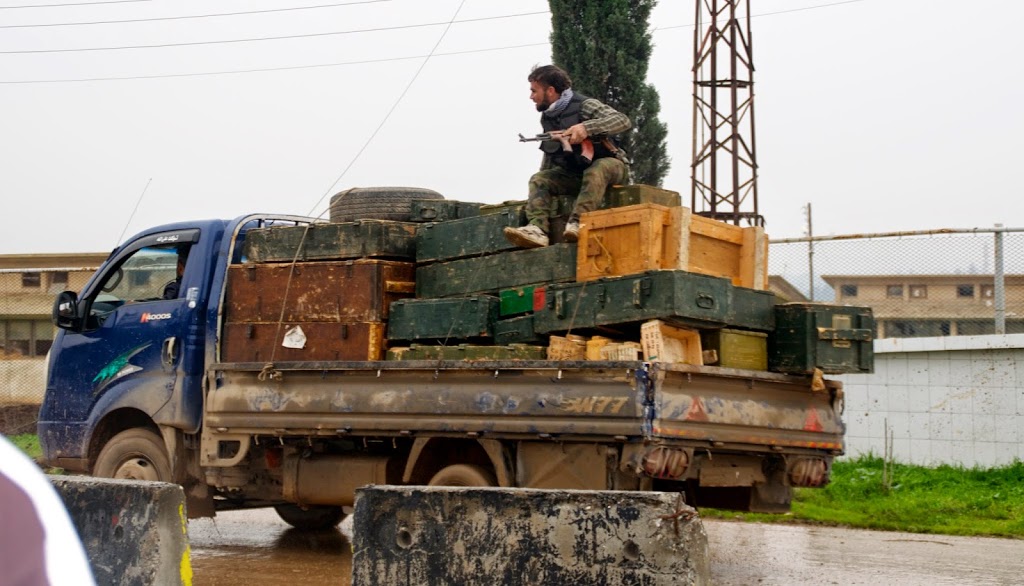 Secret official documents about the searching of three trucks belonging to Turkey’s national intelligence service (MIT) have been leaked online, once again corroborating suspicions that Ankara has not been playing a clean game in Syria. According to the authenticated documents, the trucks were found to be transporting missiles, mortars and anti-aircraft ammunition.

The Gendarmerie General Command, which authored the reports, alleged, “The trucks were carrying weapons and supplies to the al-Qaeda terror organization.” But Turkish readers could not see the documents in the news bulletins and newspapers that shared them, because the government immediately obtained a court injunction banning all reporting about the affair.

When President Recep Tayyip Erdogan was prime minister, he had said, “You cannot stop the MIT truck. You cannot search it. You don’t have the authority. These trucks were taking humanitarian assistance to Turkmens.”

Since then, Erdogan and his hand-picked new Prime Minister Ahmet Davutoglu have repeated at every opportunity that the trucks were carrying assistance to Turkmens. Public prosecutor Aziz Takci, who had ordered the trucks to be searched, was removed from his post and 13 soldiers involved in the search were taken to court on charges of espionage. Their indictments call for prison terms of up to 20 years.

In scores of documents leaked by a group of hackers, the Gendarmerie Command notes that rocket warheads were found in the trucks’ cargo.

According to the documents that circulated on the Internet before the ban came into effect, this was the summary of the incident:

-On Jan. 19, 2014, after receiving a tip that three trucks were carrying weapons and explosives to al-Qaeda in Syria, the Adana Provincial Gendarmerie Command obtained search warrants.

-The Adana prosecutor called for the search and seizure of all evidence.

-Security forces stropped the trucks at the Ceyhan toll gates, where MIT personnel tried to prevent the search.-While the trucks were being escorted to Seyhan Gendarmerie Command for an extensive search, MIT personnel accompanying the trucks in an Audi vehicle blocked the road to stop the trucks. When MIT personnel seized the keys from the trucks’ ignitions, an altercation ensued. MIT personnel instructed the truck drivers to pretend their trucks had malfunctioned and committed physical violence against gendarmerie personnel.-The search was carried out and videotaped despite the efforts of the governor and MIT personnel to prevent it.

-It was noted that the MIT personnel swore at the prosecutor and denigrated the gendarmerie soldiers doing the search, saying, “Look at those idiots. They are looking for ammunition with picks and shovels. Let someone who knows how to do it. Trucks are full of bombs that might explode.”

-The governor of Adana Huseyin Avni Cos arrived at the scene and declared, “The trucks are moving with the prime minister’s orders” and vowed not to let them be interfered with no matter what.

-With a letter of guarantee sent by the regional director of MIT, co-signed by the governor, the trucks were handed back to MIT.

-Driver Murat Kislakci said in his deposition, “This cargo was loaded into our trucks from a foreign airplane at Ankara Esenboga Airport. We are taking them to Reyhanli [on the Syrian border]. Two men [MIT personnel] in the Audi are accompanying us. At Reyhanli, we hand over the trucks to two people in the Audi. They check us into a hotel. The trucks move to cross the border. We carried similar loads several times before. We were working for the state. In Ankara, we were leaving our trucks at an MIT location. They used to tell us to come back at 7 a.m. I know the cargo belongs to MIT. We were at ease; this was an affair of state. This was the first time we collected cargo from the airport and for the first time we were allowed to stand by our trucks during the loading.”

The government cover-up
Though the scandal is tearing the country apart, the government opted for its favorite tactic of covering it up. A court in Adana banned written, visual and Internet media outlets from any reporting and commenting on the stopping of the trucks and the search. All online content about the incident has been deleted.

The court case against the 13 gendarmerie elements accused of espionage has also been controversial. The public prosecutor, who in his indictment said the accused were involved in a plot to have Turkey tried at International Criminal Court, veered off course. Without citing any evidence, the indictment charged that there was collusion between the Syrian government, al-Qaeda and the Islamic State (IS). The prosecutor deviated from the case at hand and charged that the killing by IS of three people at Nigde last year was actually carried out by the Syrian state.

At the moment, a total blackout prevails over revelations, which are bound to have serious international repercussions.