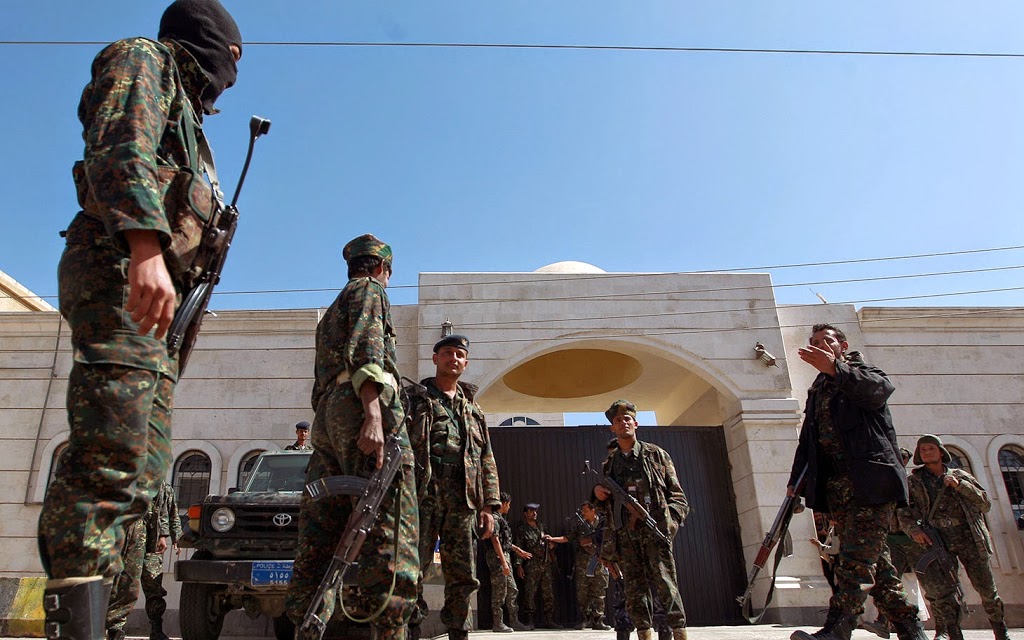 Houthi gunmen abducted Ahmed Awad Bin Mubarak, embattled President Abd Rabbuh Mansur Hadi’s chief of staff, in Sana’a on Saturday in a move that demonstrates the widening division between the presidency and the Shi’ite militia.

“An armed group set up a checkpoint in Hada [southern district of Sana’a] and captured Ahmed Awad Bin Mubarak with his companions,” an official from the national dialogue secretariat told Agence France-Presse.
The group reportedly abducted Mubarak in order to stop him from attending a meeting with prominent Yemeni political and regional factions to discuss a new constitution. The Houthis subsequently pulled out of the meeting amid escalating divisions over the constitution and federalization plans.

Mubarak is secretary general of Yemen’s National Dialogue Conference which was established to oversee the political transition in the country following the resignation of former president Ali Abdullah Saleh in 2012. The outcomes of the National Dialogue include drafting a new constitution and federalization.

However, leaks of the draft constitution this week indicate that the government is supporting a plan to federalize Yemen into six regions, something that both the Houthis and southern separatist Hirak movement reject.

Yemen’s President Hadi has warned that federalizing Yemen into two regions could threaten the fragmentation of the country.

The situation in Yemen is becoming increasingly chaotic with the Shi’ite Houthi movement advancing into central and western parts of the country, the southern separatist Hirak movement demanding southern secession and the Peace and National Partnership agreement appearing ineffective.

Al-Qaeda in the Arabian Peninsula (AQAP) have also exploited the Houthi advance to boost recruitment and operations, with dozens of people having already been killed in 2015 in clashes between the Houthis and Sunni militant tribal fighters.