You are here: Home / Senza categoria / ISIS in Afghanistan: a new nightmare for all Afghans 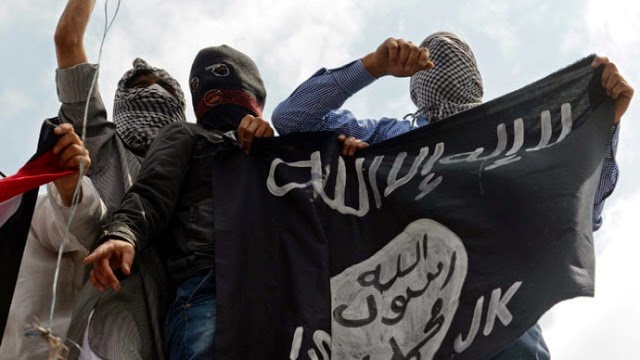 One year ago, when the ISIS ( Islamic State in Iraq and Levant) emerged in parts of Iraq and Syria, not any single Afghan inside or outside Afghanistan would ever thought the cancer would soon effect Afghanistan.
The initial calculation was that ISLE is nothing more than an Iraqi internal problem that should be dealt by the Iraqis themselves.
But, all these imaginations were wrong. Whatsoever the ISLE was an Iraqi problem; it was a regional problem as well; the region in which Afghanistan is on the heart.
The growing influence and bench of sympathies to the powerful, newly-emerged extremist group separated all over the world. From very modernized European countries to some of the poorest parts of the world.
But, as it was getting closer to the boundaries of Afghanistan, the concerns were growing higher and higher.
It was not too late, when media outlets back in Kabul and other provinces said about ISLE flags raised in some parts of Pakistan, the eastern, closest and most engaged neighbor of Afghanistan.
And now, most of the security officials back in Afghanistan confirmed the presence of ISLE in over ten provinces of the country, from southern to northern.
Based on the latest statements of the Afghan security officials, the ISLE fighters along with their famous black flag located themselves in southern Helmand, Oruzgan, Zabul, Ghanzi, western Farah, northern Badakhshan, Kunduz and southeastern Kuner provinces.
The officials confirmed they are busy recruiting fighters, establishing training comps and trying hardly to attract more and more allies and sympathizers on over-mentioned regions of Afghanistan.
Many passengers in central-east Ghazni province complain of fully-covered with black clothing armed with developed weapons searching the cars and passengers.
Most of them according to the passengers are not speaking in none of the common local languages of Afghanistan and it’s believed all of them are foreigners.
The presence of ISLE has been seriously taken serious by Afghan Medias. And the concerns of ordinary Afghans are increasing daily.
The Afghans have already watched the cruelty and brutality of ISLE back in Iraq and Syria throughout social and visionary Medias.
From the brutal and indiscriminate beheading, selling out Christian girls to destroying some of the holy religious of different religious ethnicity.
The Afghan people have the same fear and panic. Would the Iraqi scene may repeat in Afghanistan. Is a religious cleaning of minorities close?
And on the top of that, is the ANSF would be able to protect the people from any potential and possible actions of the ISLE forces in Afghanistan?
The later question would become more and more important equally along the ISLE’s increasing and growing influence.
Taken the issue in to account that the ISLE had tremendous military gains against the Iraqi military, which was once one of the well-trained, highly-mobilized and powerful forces in the whole Middle East.
Afghan security forces with no meaning could be compared to the Iraqi forces. ANSF is just a newly-established force. Without a proper, powerful and resolute air support. They still lack some of the most necessary heavy weapons.
While most of the NATO/ISAF forces have already left the country and left the forces without a powerful supportive combat forces.
With Afghan forces fighting back with Afghan Taliban and other ISI-linked militant groups in various parts of the country, if the ISLE engages with any possible combat with the forces, it would be very tough to reply, whether the forces are able to fight them back or not.
As we know so far, the ISLE is one of the fieriest, richest, heavily-armed, and well-trained terrorist groups in the whole region.
Source:  khaama