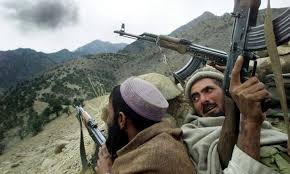 A total of 56 militants have been killed in a clash between supporters and opponents of Taliban new leader Mullah Akhtar Mohammad Mansoor in parts of the southern Zabul province over the past three days, spokesman for provincial government, Gul Islam Sayal said Monday.

“The clash erupted between supporters of Mullah Akhtar Mansoor and his opponents led by Mullah Mansoor Dadullah in Khak-e-Afghan and Arghandab districts on Saturday, leaving 56 insurgents from both sides dead and 53 others injured,” Sayal told Xinhua.

According to the official, 47 of those killed in the clash were loyal to Mansoor Dadullah and the remaining nine to Mansoor.

This is the first time that a clash erupted among Taliban militants since the confirmation of the death of Taliban former leader Mullah Mohammad Omar in late July.

Taliban militants loyal to Akhtar Mansoor have yet to make comment on the conflict.

However, Abdul Manan Niazi, who claims to speak for Mansoor Dadullah’s camp in contact with media said that Akhtar Mansoor’s supporters attacked Dadullah’s positions in the said districts triggering the fighting.

Meanwhile, spokesman for Zabul provincial government, Sayal said that the clash between warring sides ceased today (Monday) but both sides are on alert and strengthening their positions.