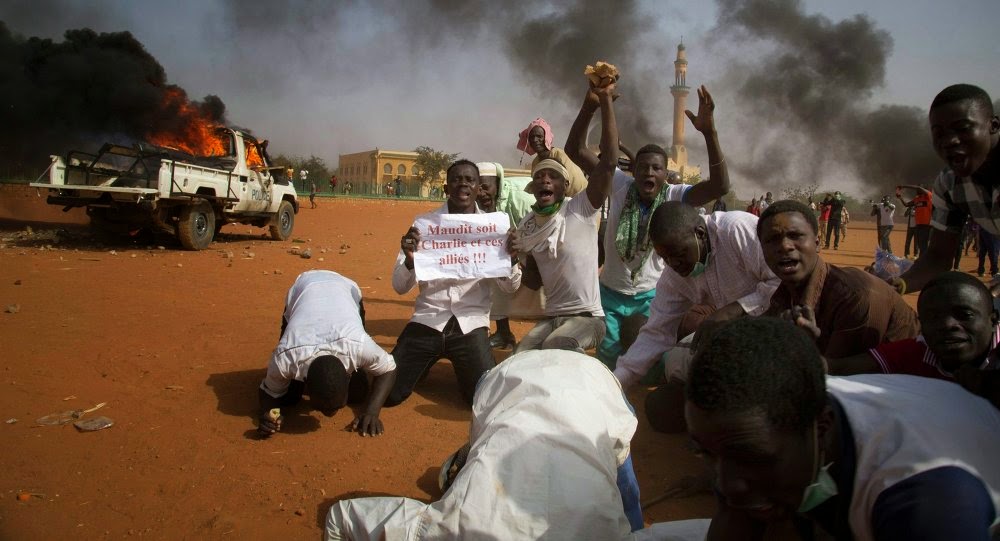 At least seven churches were burned down in Niger’s capital of Niamey on Saturday, January 17, amid anti-Charlie Hebdo protests.

Rioters have set fire to at least seven churches in Niger’s capital of Niamey on Saturday during an ongoing turmoil, sparked by Charlie Hebdo’s publication of a cartoon mocking the Prophet Mohammad.

“The sites, which were primarily evangelical churches, were torched on the left bank of Niamey, several of them housed in small villas that bore no distinctive religious signs,” Agence France Presse reported.

The right bank of Niamey with its numerous churches has also been targeted by rioters.