You are here: Home / Senza categoria / IS militants force children to donate blood in Syria 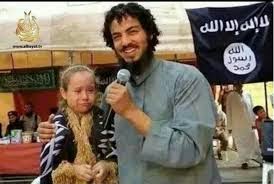 According to stranded residents in the Syrian province of Raqqa, children in the area are being forced to donate blood by Islamic State (IS) militants who have taken over the province.

IS militants often threaten residents with death sentences in the mosques where around 2,20,000 people once worshipped freely.

Abu Ibrahim RaqqAwi, the pseudonym of a lifelong Raqqa resident who in April 2014, founded the activist campaign “Raqqa is Being Slaughtered Silently”, said that people have now become accustomed to death threats and are no longer afraid of it.

He also said that there were no schools or university and the prices were extremely high with little water or electricity.

Prices of common good are also high in the province while drinking, smoking and Middle Eastern tradition of hookah is banned in Raqqa.