You are here: Home / Senza categoria / Lebanon military chief: ‘The army has no choice but to win over terrorism’ 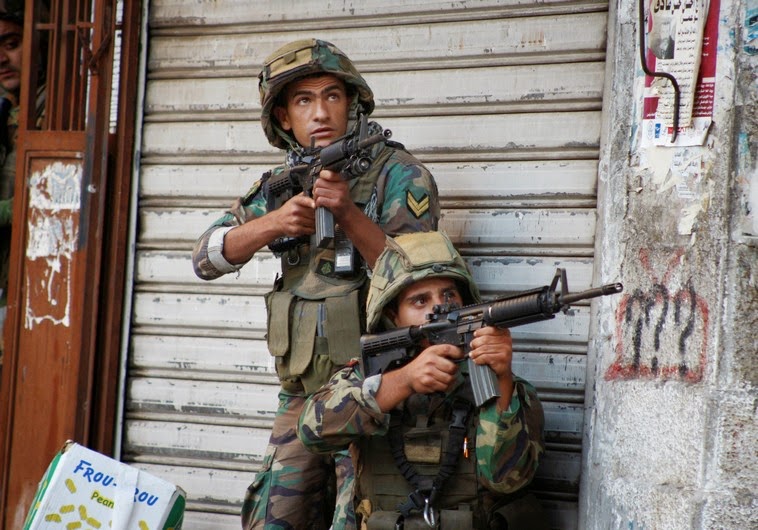 Lebanon’s security forces carried out a maneuver to counter militants near the border, a mission that, according to a source belonging to the security establishment, may prove to be a prelude to more actions in several hilltop positions around Ras-Baalbek.

Lebanon’s Army Chief announced that the country’s armed forces would act against terrorist elements in Lebanon, according to Lebanon’s  Daily Star.

Inspecting troops deployed in Ras Baalbek, a Christian majority community, the Army chief, General Jean Kahwagi spoke openly about the measures that would have to be taken against jihadists who had recently forced the Lebanese army to abandon positions along the Syrian border.

“The Army has no choice but to win over terrorism,” Kahwagi said,  “to protect villages and towns near this border from the infiltration of terrorist organizations and their attacks.”

Lebanon, which has absorbed some one million Syrian refugees, is also suffering from an insurgency waged  by jihadists belonging to both Jabhat al-Nusra, al-Qaida’s Syrian affiliate, and the Islamic State group.

Among the areas hardest hit by this influx of hardcore militants are the Qalamoun mountains, a series of highlands near the Syrian border where, according to the estimate of  one Lebanese official, some 1,000 Islamic State fighters are based.

In recent months,elements from both organizations have issued attacks throughout the country, including in Beirut and Tripoli, event targeting the Iran backed Shiite militia, Hezbollah, in some of its most traditional strongholds.

Responding to this string of bombings and skirmishes, on Thursday Lebanon’s security forces carried out a maneuver to counter militants near the border, a mission that, according to a source belonging to the security establishment, may prove to be a prelude to more actions in several hilltop positions around Ras-Baalbek.

The source also informed Daily Star Lebanon that the army had struck targets in Syrian territory, killing three jihadists in what was claimed to be a preemptive attack.

Lebanon has received military support from a number of countries, including the US, France and Saudi Arabia.  On Wednesday France’s Defense Minister announced that $3 billion dollars worth of military hardware would be en route to the Lebanese armed forces, reaching them by April.

“The money has been transferred and the Army Command is waiting for the arrival of a French delegation [in Beirut] to put the final touches to the deal”, Kahwagi said.

Weapon shipments may prove an important lifeline in the fight against the rapidly growing insurgency in Lebanon’s east. Lebanon’s Interior Minister speaking to Friday in Cairo told press representatives that “Lebanon is threatened by crises that are threatening the other countries in the Arab world where there are takfiri organizations,” but that ” the [security] situation in Lebanon is under control.”