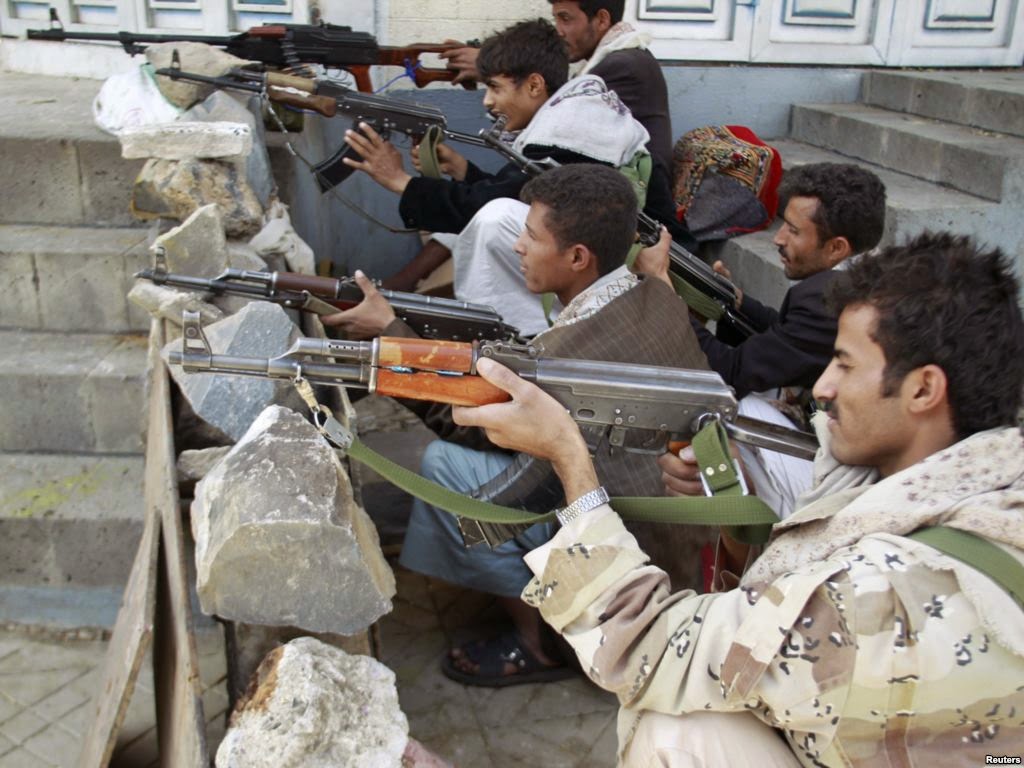 Heavy clashes erupted between Yemen’s presidential guard and Houthi rebels around the presidential palace in the capital, Sanaa, Al Jazeera has learnt.

Gunfire was also heard across the city early on Monday as rebels closed off all the streets leading to the palace, witnesses told Al Jazeera.

Al Jazeera’s Omar Al Saleh, reporting from Yemen, said the situation has been very tense for the past two days following the Shia group’s abduction of the president’s chief of staff.

The Houthis, who demand more rights for the country’s Zaydi Shia Muslim sect, seized Sanaa in September and advanced into central and western parts of the country where Sunni Muslims predominate.

A deal signed in September between political parties and the Houthis called for the formation of a new unity government followed by the withdrawal of Houthi fighters from the capital. The fighters have remained in place.

The Houthis, who have launched attacks on al-Qaeda’s Yemen branch, are viewed as Shia Iran’s ally in its regional struggle for influence with Saudi Arabia.

The kingdom has suspended most of its financial aid to Yemen since the Houthis arrived.