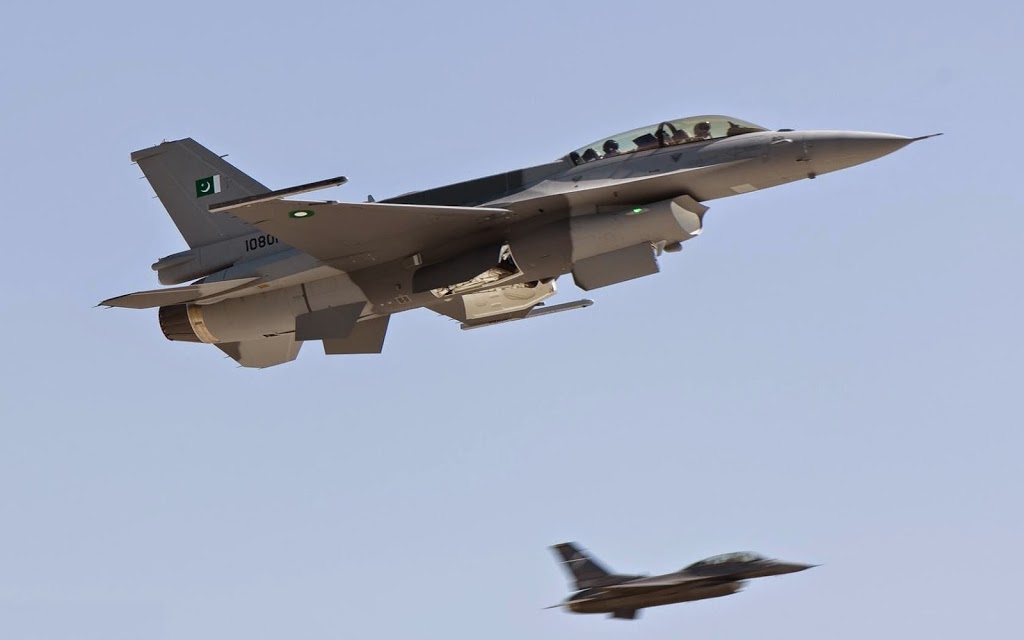 Pakistan’s military said Wednesday it had killed 30 militants in air strikes on a tribal region near the Afghan border as part of a major anti-insurgent offensive that began last year
.

The strikes hit the strategic Tirah valley in Khyber tribal district, where the Pakistani Taliban and Lashkar-e-Islam groups have strongholds
.
Khyber is one of seven autonomous tribal districts along Pakistan’s mountainous western border which became a hotbed of Islamist militants following the US-led invasion of neighbouring Afghanistan in 2001
.
“Terrorist hideouts were targeted through precise aerial strikes in Tirah, Khyber region killing 30 terrorists,” the military said in a statement
.
Two arms and ammunition dumps were also destroyed in the strikes, the military said
.
The military began its latest offensive in Khyber in October 2014, four months after a similar operation began in North Waziristan district, triggered by a bloody Taliban attack on Karachi airport that sank faltering peace talks
.
Air strikes, artillery, mortars and ground troops have all been used to take back territory
.
Both conflict zones are off-limits to journalists, making it difficult to verify the number and identity of those killed.