You are here: Home / Europe / ISIS attack on Italy coming: could use two methods 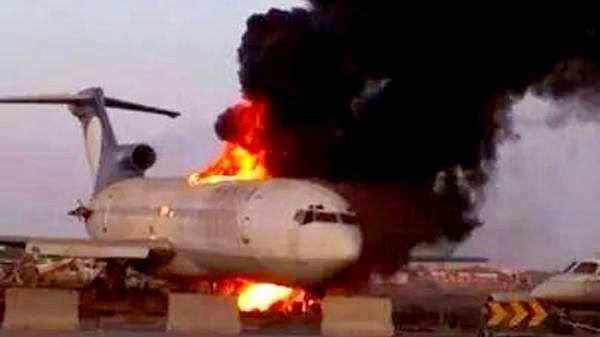 The Islamic State terrorist group likely will launch an attack on Italy within weeks, not months, according to a senior Libyan government official.

Aref Ali Nayed, Libya’s ambassador to the United Arab Emirates, said in an interview that one likely method of attack would be to use stolen Libyan airliners now believed to be in the hands of Islamists in Libya.

“The horrific video showing 21 Coptic Christians beheaded in Libya contained a direct threat from ISIS to Rome,” said Mr. Nayed, using an acronym for the terrorist group. “The threat of ISIS to Italy could become a reality in a matter of weeks rather than months.”

The Islamic State could use two attack methods, the ambassador said. The first would be for Libya-based terrorists to infiltrate Italy by using one of the many boats carrying undocumented Libyans to Italy. Once in Italy, the terrorists could regroup and carry out an attack.

“Second, ISIS could weaponize a civilian airliner or small military aircraft in Libya, loading it with explosives and/or chemical weapons.” Mr. Nayed said. “Rome is one hour from the ISIS-controlled airport in Sirte.”
U.S. intelligence agencies warned in September that Islamist militias in Libya have taken control of nearly a dozen commercial jetliners that remain unaccounted for.

Intelligence reports circulated in late August included warnings that one or more of the aircraft could be used in a regional suicide attack coinciding with the Sept. 11 anniversary. No attacks using hijacked airliners took place last year.
A U.S. official familiar with the reports in September said “there are a number of commercial airliners in Libya that are missing” and that the Sept. 11, 2001, terrorist attacks showed what could be done with hijacked planes.Mr. Nayed said the recent attack in Tunisia that was claimed by the Islamic State shows that the group is capable of conducting coordinated and effective attacks with speed and precision from Libya.
“Their attacks are increasing in both frequency and scope, and we must take their threat against Italy and Southern Europe very seriously,” the ambassador said.

Mr. Nayed, a senior adviser to Libya’s prime minister for national security, also said the terrorist group appears to be part of a continuum of ever-more radical Islamists ravaging the oil-rich North African country since the ouster of Libyan strongman Moammar Gadhafi in 2011.

“Libya is in very real danger of becoming an ISIS garrison and an ATM for ISIS operations in Syria and Iraq,” he said in a December speech. “There is a good chance that Libya’s oil wealth was siphoned off by Islamists and provided oxygen for the growth of ISIS during the recent Islamist regime. It certainly has not been used to make our country a better place for Libyans.”

Two key Libyan cities appear to be in the Islamic State’s hands, including the coastal cities of Derna, long an outpost of Islamist terrorists, and Sirte.