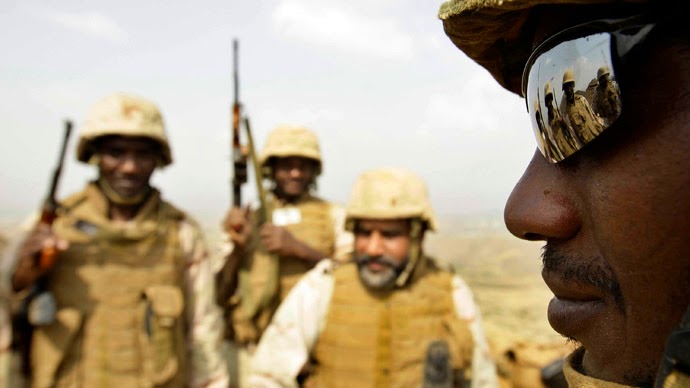 Arab leaders meet in Egypt over the weekend for an annual summit dominated by Cairo-led calls for a joint military force as Yemen and several other states teeter on the brink of collapse.

The long-floated idea has been revived by Egyptian President Abdel Fattah al-Sisi to combat jihadists from the Islamic State (IS) group who have established a foothold in neighbouring Libya and control large parts of Iraq and Syria.

It has also been thrust into the spotlight by Yemen’s call for regional intervention to protect President Abedrabbo Mansour Hadi from rebels who have seized the capital and advanced on his southern stronghold.

Saudi Arabia carried out air strikes against the Huthi rebels in Yemen on Wednesday, launching an operation by a regional coalition that includes five Gulf states and logistical and intelligence support from Washington.

Sisi, a former army chief elected after toppling his Islamist predecessor, has already ordered aerial attacks on jihadists in Libya following the beheading of Egyptian hostages in February.

He is also fighting IS militants in his country’s Sinai Peninsula.

Arab League chief Nabil al-Arabi, who had been tasked with overseeing a report on a joint military force to present to the leaders, told AFP that summit’s “major concern” should be the jihadist threat.

“The most important and what I hope will be the major concern of the summit is what to do about the unprecedented threats throughout the Arab word… (from) terrorist organisations,” he said.

The two-day summit is being held in the resort town of Sharm el-Sheikh.

Sisi said in a recent interview that the proposal for a joint force was welcomed especially by Jordan, which might participate alongside Saudi Arabia, the United Arab Emirates and Kuwait.

“Each of these countries would bring a different capability,” said Aaron Reese, the deputy research director at the Washington-based Institute for the Study of War.

“The Jordanians are well known for their special forces capability….the Egyptians of course have the most manpower and bases close to Libya.”

Prior to the Egyptian air strikes in February, the United Arab Emirates, which shares Cairo’s antipathy towards Islamists, had reportedly used Egyptian bases to launch its own air strikes in Libya.

Egypt had sought UN backing for intervention there, dismissing attempted peace talks between the rival governments in Libya as ineffective.

But Reese said shared regional interests may not be enough to overcome the many hurdles to forming a joint force.

“There is a long way to go from pledging support or even coordinating forces toward a truly joint force with a unified command,” he said.

Iran, and possibly the United States, might also take umbrage at such a force, added Mohamed al-Zayat, the head of the Cairo-based National Centre for Middle East Studies.

“Iran, which is part of the crisis in Syria (by backing President Bashar al-Assad) and gaining influence in Iraq and Yemen, could be provoked by such a force,” he said.