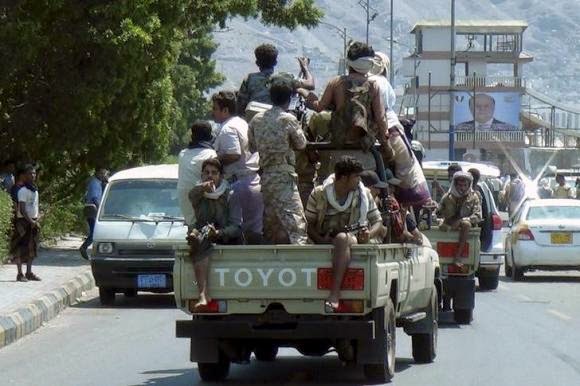 Hadi’s men lost control of the southern city’s airport on Wednesday to troops loyal to former president Ali Abdullah Saleh, an ally of the Houthis and a still-powerful figure in Yemen despite his departure from office in 2011.